Mamma Mia is filmed on the Greek islands of Skiathos and Skopelos. Located in the Sporades, the islands boast some of Greece’s most famous soft and sandy beaches, still unspoilt and surrounded by offerings of unpretentious local cuisine. Skiathos is the slightly livelier of the two with a greater offering of nightlife and watersports. 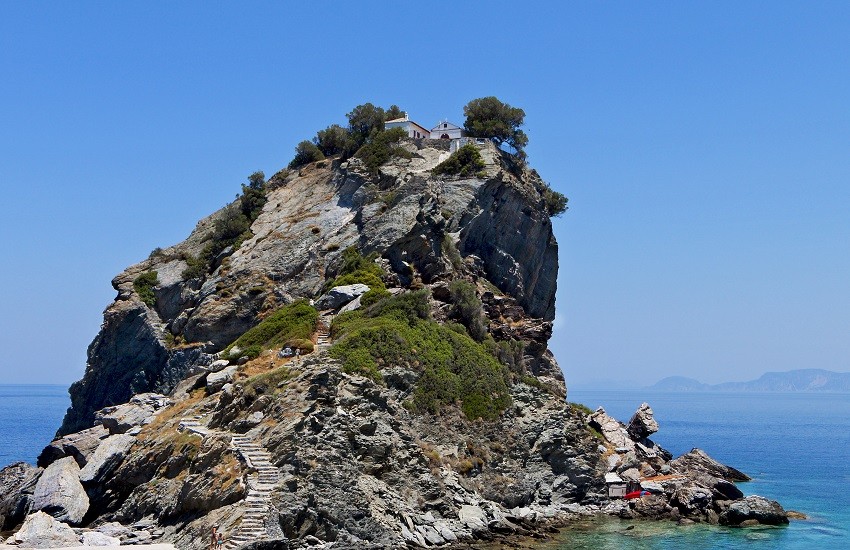 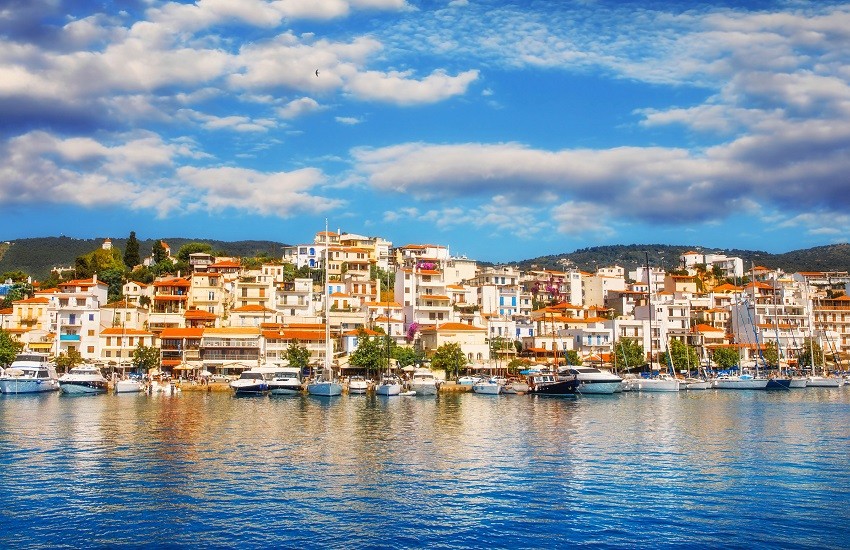 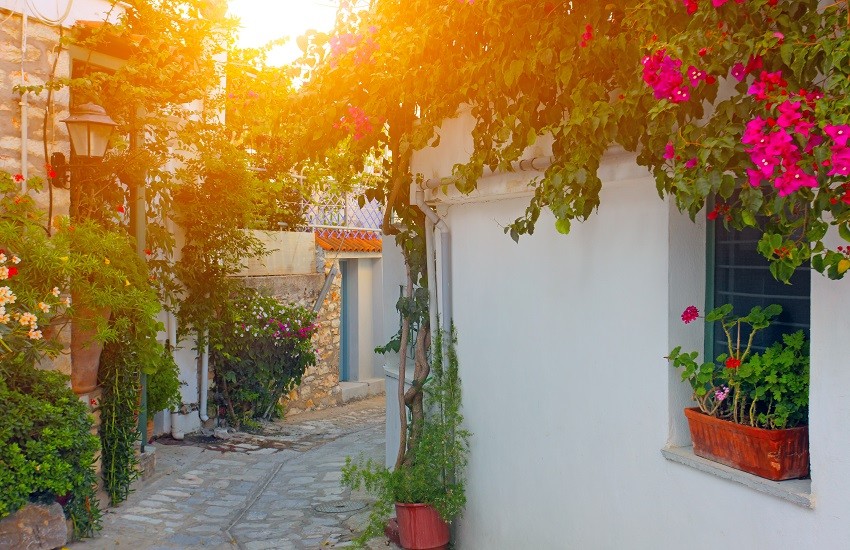 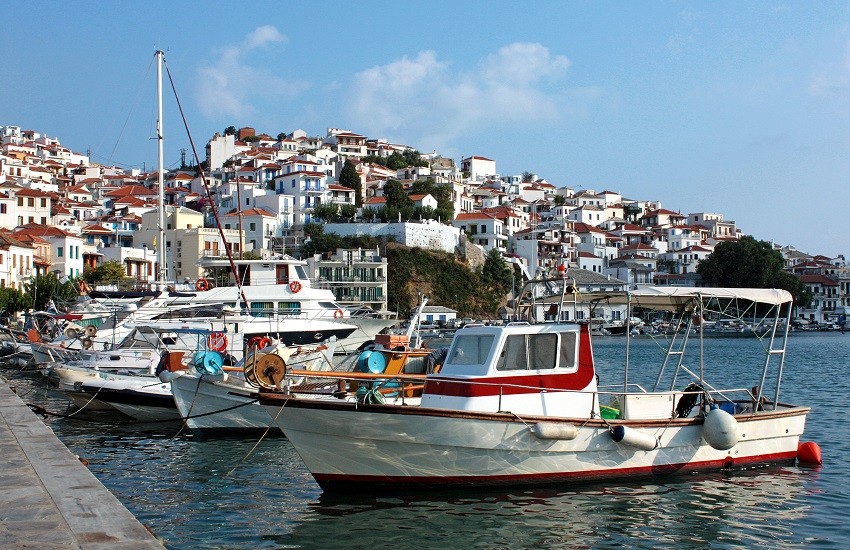 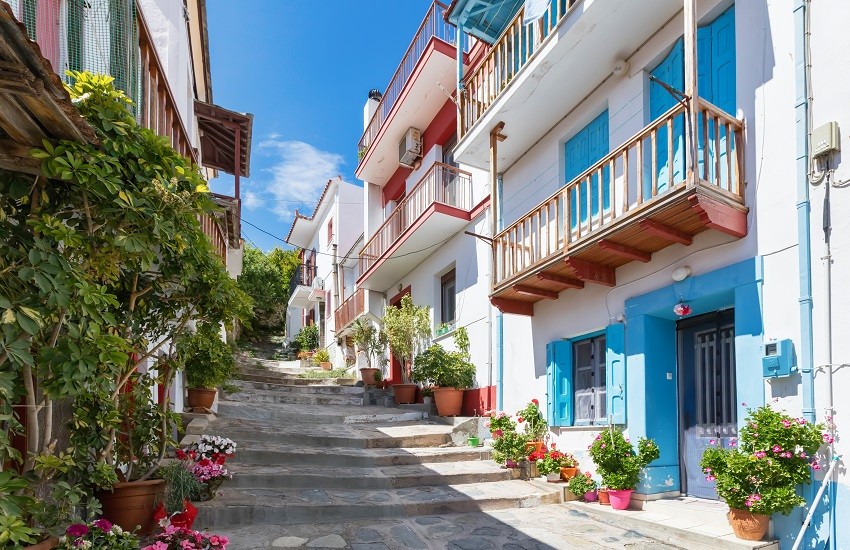 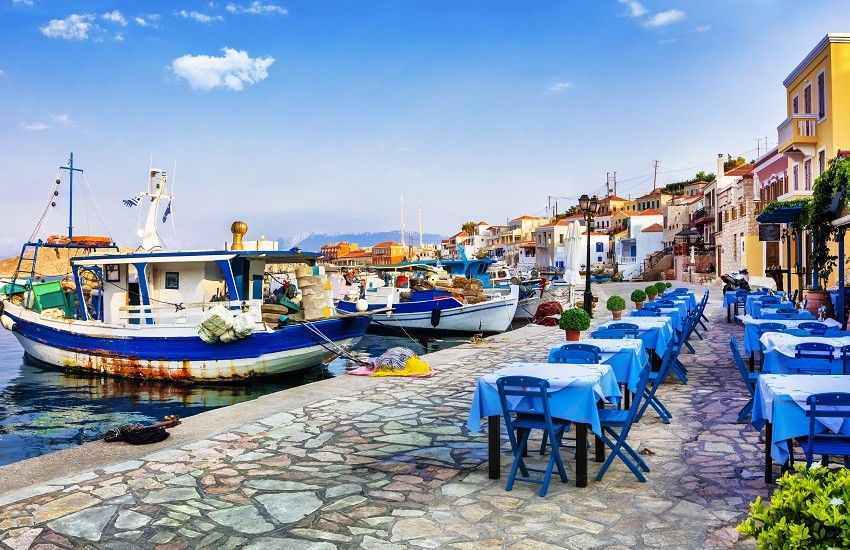 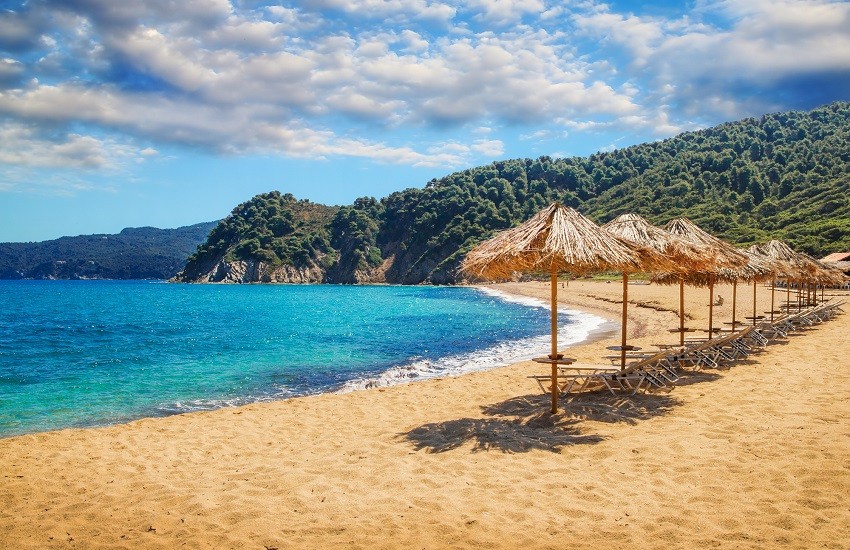 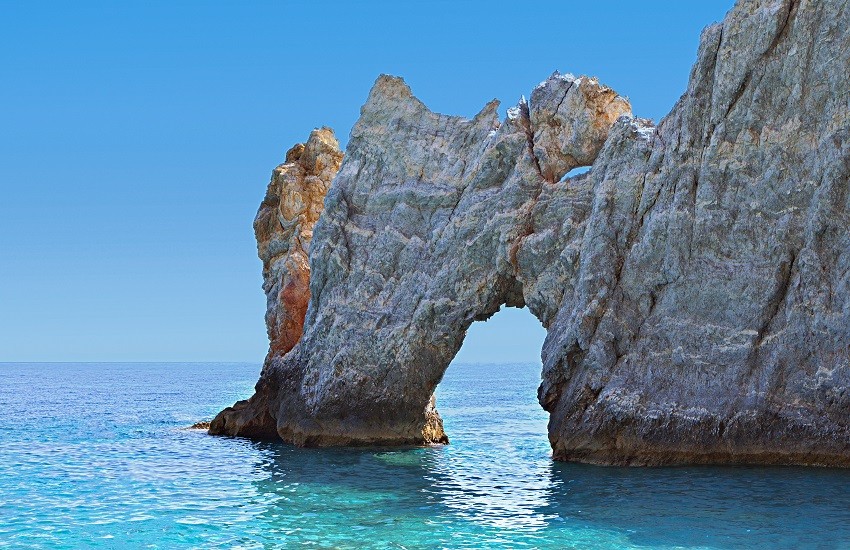 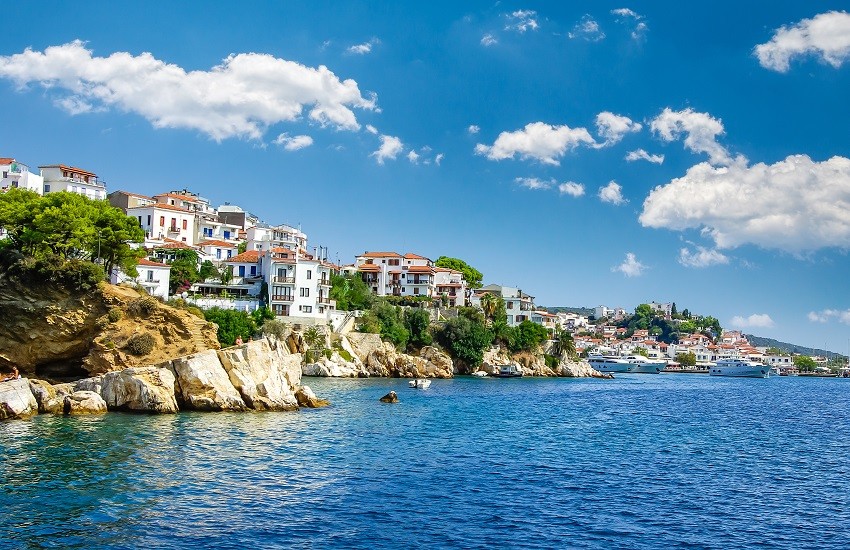 ✈UK – Skiathos (4 Nights): Skiathos offers crystal-clear waters, relaxing beaches and a range of fantastic eateries for the perfect start to your trip. The Old Port will be familiar to you as the location where Sam (Pierce Brosnan), Bill (Stellan Skarsgard) and Harry (Colin Firth) first meet whilst rushing for the boat to attend Sophie (Amanda Seyfried)’s wedding.Once you have taken in the views offered by the Port, take a short walk to Agios Nikolas, and relive the start of the film’s major plot as the spot where Sophie sent the wedding invites to her three potential fathers.A short journey from Skiathos town, you can see another coastal location of Mamma Mia, at Damouhari port, which provided the scene for Donna (Meryl Streep)’s performance of “Dancing Queen”.

⛴ Skiathos – Skopelos (3 Nights): Just one hour’s ferry ride from Skiathos, you will reach Skopelos which was host to the bulk of filming for the first Mamma Mia film. The setting up of the main plot occurs in Glysteri, a small coastal village, where Sophie shares the content of her mother’s diary with her friends. Glysteri beach is also seen in the film: it’s the spot where Sophie, Harry, Bill and Sam leap into the water during “Our Last Summer”, although this section of the shore isn’t easily accessible for tourists.

Another beach location on the island is Kastania. Kastania Beach and its sand-front bar provide the back drop for Tanya (Christine Baranski)’s rendition of “Does Your Mother Know?”. The beach has beautiful soft white sand and clear blue waters; it’s a great place to relax with a drink. Take a trip away from the beach one day to journey up to Agios Ioannis. One of the last locations we see in the film – this traditional Greek chapel sits 100m above sea level, atop a staircase of 93 steps carved into the rock-face. It’s the scene of the wedding-not-wedding of Sophie and Sky at the end of the film.

✈Skopelos – UK: Once you have finished exploring filming locations and relaxing on Skopelos’ famous beaches, we’ll take you back to Skiathos for your flight back to the UK.