The beautiful islands of the Dodecanese are ideal for those wanting to experience some of the variety that these historic islands have to offer. This itinerary gives you a perfect combination of two popular holiday islands which have something for everyone, along with a wonderfully unspoilt and mostly deserted island. 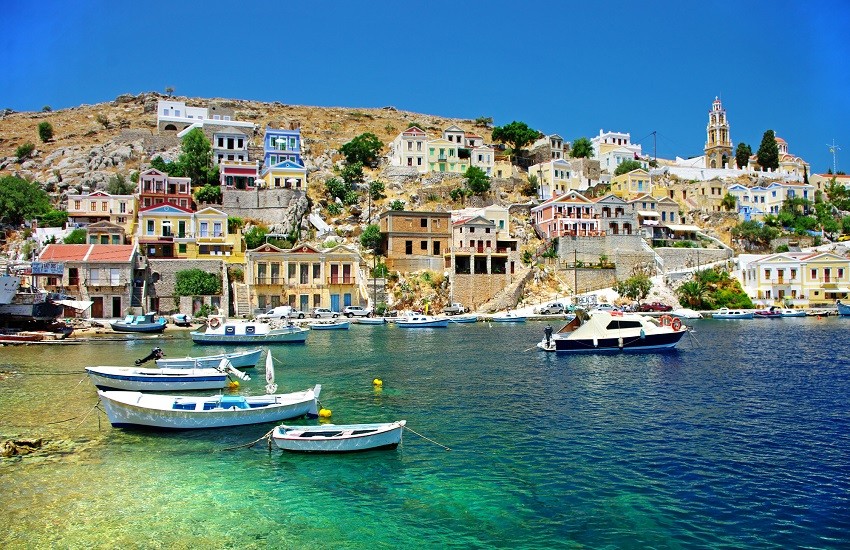 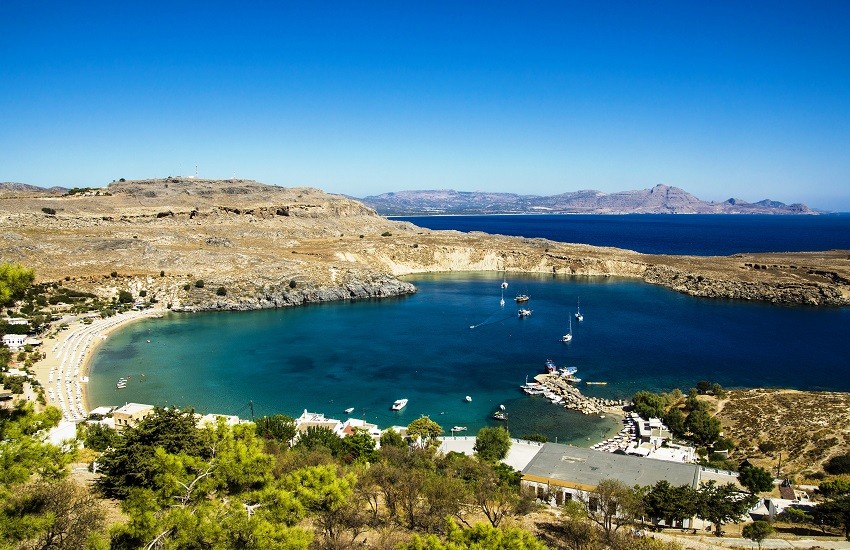 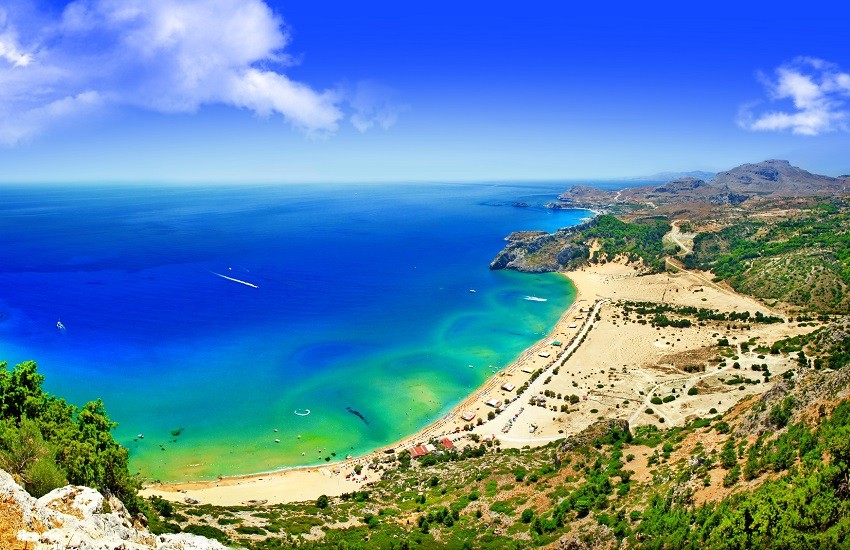 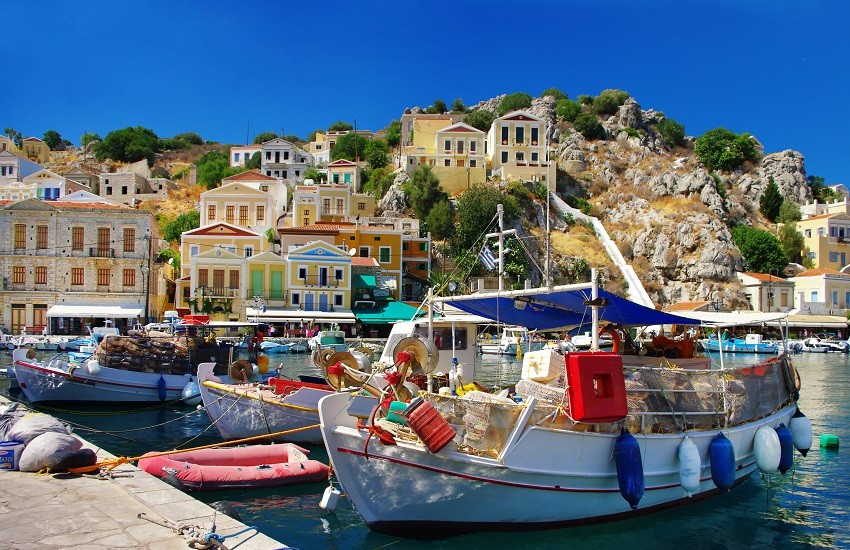 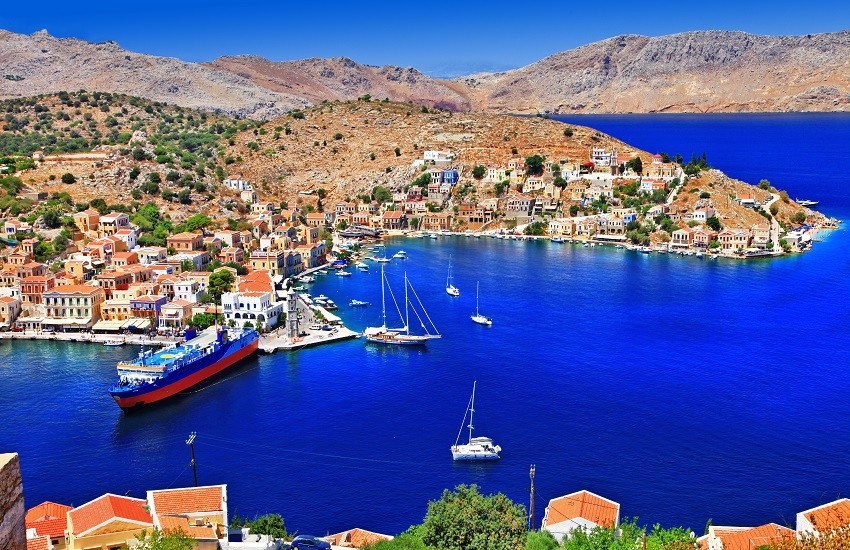 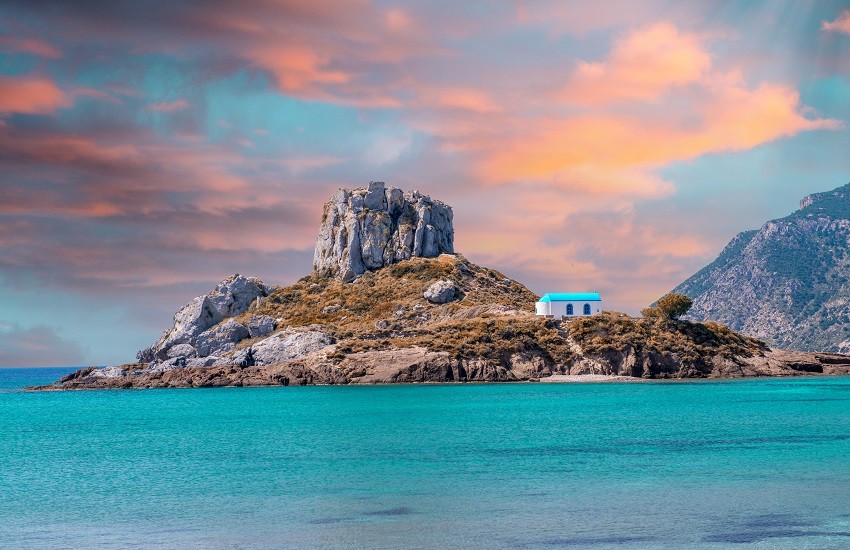 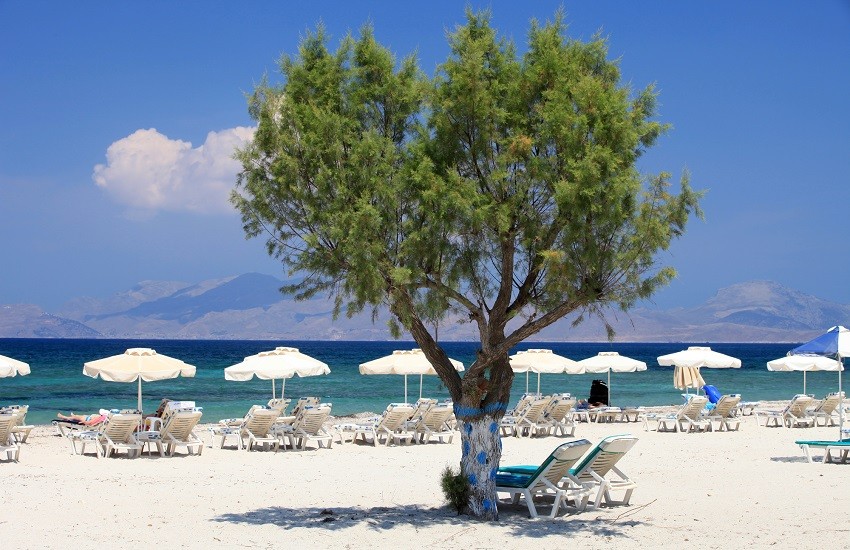 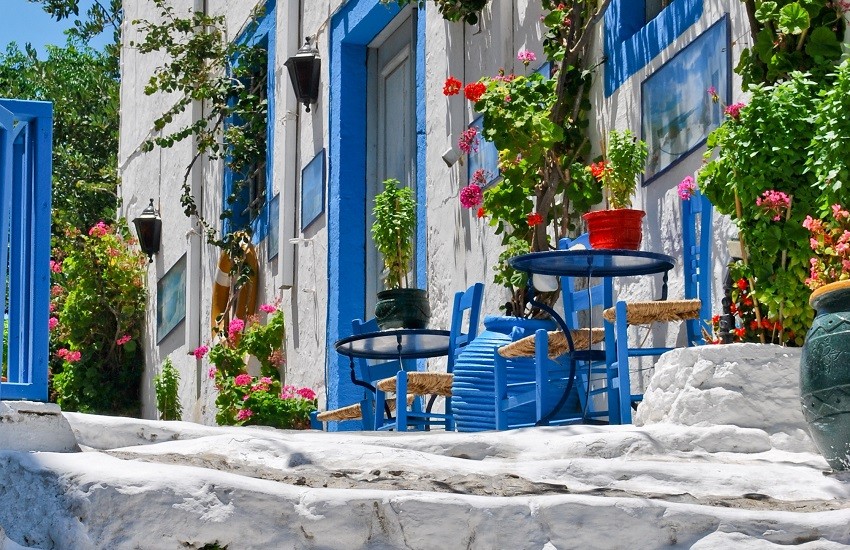 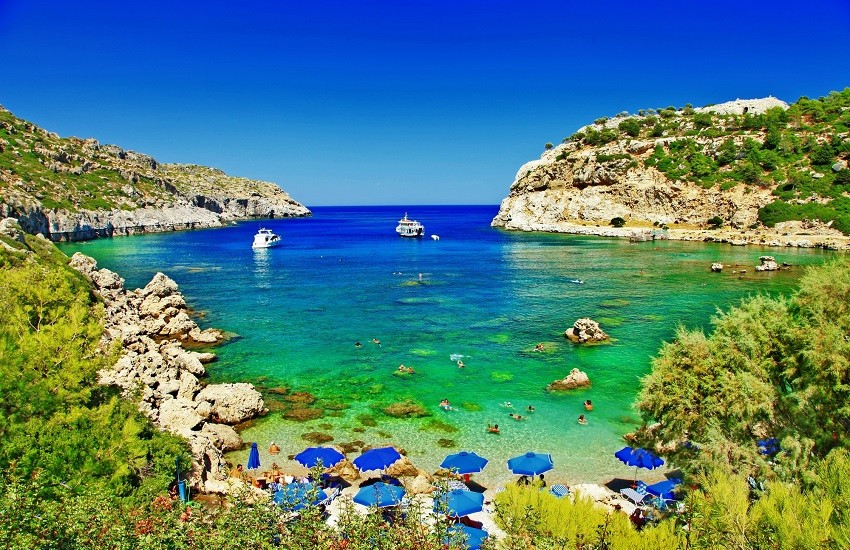 ✈  UK – Rhodes (5 Nights): Arriving on the island of Rhodes, you are landing on the Mediterranean’s sunniest island! The largest in the Dodecanese, Rhodes has an interior of wooded valleys and mountains encircled by miles of beaches. With buzzing nightlife, crystal clear water and fascinating past civilisations, it is no wonder the island is incredibly popular with holiday makers.

The charismatic old town of Rhodes is a maze of cobbled streets surrounded by medieval walls. Stroll around the town to admire its medieval buildings, the Street of the Knights as well as the Palace of the Grand Masters. Further south, the ancient village of Lindos is picture-perfect with white sugar-cube houses around a turquoise bay. The cobbled streets lead to the 4,000 year-old acropolis, the most spectacular ancient ruin on the island with its reconstructed Athena temple and views along the coast.

Relax on the island’s fantastic beaches, take a cruise around the coast or if water sports are your thing head to the island’s southerly cape where the Mediterranean and the Aegean meet, creating perfect conditions for windsurfing.

⛴ Rhodes – Symi (3 Nights): Take the ferry only 2 hours on to the neighbouring island of Symi, and you’ll discover a beautiful small mountainous island that is unspoilt and peaceful. Thanks to the Italians who ruled here a century ago, the harbour town of Gialos is stunningly beautiful due to the neoclassical houses that cling to the hillside. The biscuit coloured houses with their terracotta rooves make an exquisite welcome.

Take a boat trip around the island as the gorgeous bays and secluded coves with crystal clear waters are often best reached from the sea. Dine out in the tavernas along the quayside of Gialos, or take an evening stroll up the 500 steps of Kali Strata lined with classical mansions and chose one of the many restaurants with spectacular views over the harbour. Apart from a small hilltop village, the island has little else, which is perhaps what makes the island even more captivating. However, on the southern coast is the wonderful 18th Century Venetian-style monastery of Panormitis which is a real must-see during your stay. Set against a stunning backdrop of pine-covered mountains, the monastery is only accessible by boat, as you approach the jetty this is when you will catch the best view.

⛴ Symi – Kos (6 Nights): Travelling further up through the Dodecanese you’ll arrive on the popular island of Kos surrounded by its 300km of coastline. With its azure waters of the Aegean and white sandy beaches, the island has something for everyone from laid back to lively as well as a great range of hotels. If you’re into watersports, head to the north of the island where the breeze is a bit stronger or if you are feeling adventurous climb Mount Dikeos for a fantastic bird’s eye view of the island. Kardemena is the place to go if you are after a big night out but Kos Town might suit you better with its more upmarket clubs and cocktail bars.

For a spot of culture head to the magnificent Neratzia Castle in the centre of the island. With its’ drawbridge and four towers this Castle of the Knights also has the legendary Plane Tree of Hippocrates in front of it. If you want to explore some of the towns on the island then Kefalos is well worth a visit. With its sugar-cube houses and windmills it is your archetypal Greek town and after supper in the town centre have a wander around the atmospheric Old Town with the local musicians playing their instruments in the cobbled streets. Psalidi is another lovely option for a more low-key day out. With a sprinkling of tavernas and shops, you can laze in the sunshine in the beautiful golden bay before enjoying a delicious seafood meal out alongside the promenade.

✈ Kos – UK: After exploring these three wonderful islands you can then take a direct flight back to the UK from Kos.