This self-drive along America’s legendary ‘Mother Road’ runs from east to west, visiting a variety of American landmarks and cities along your way.

Price is a guide for this multi-centre holiday including all your flights, hotels an car hire. 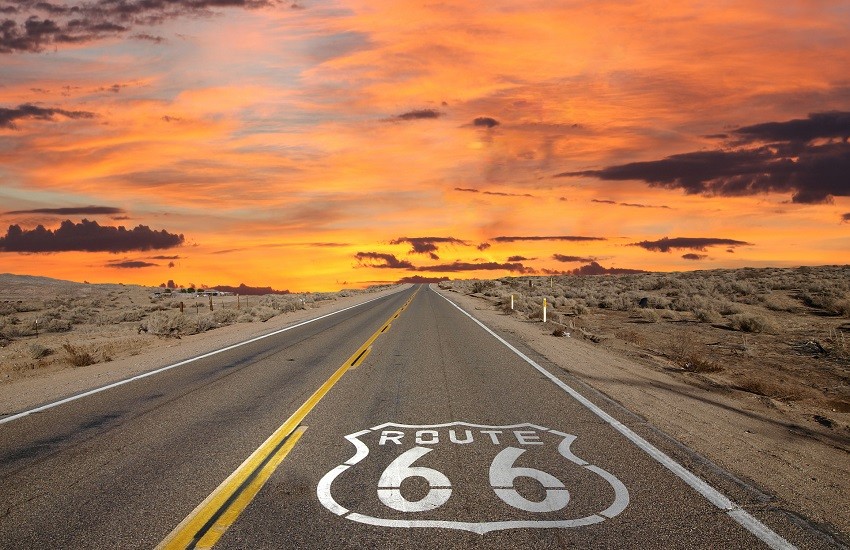 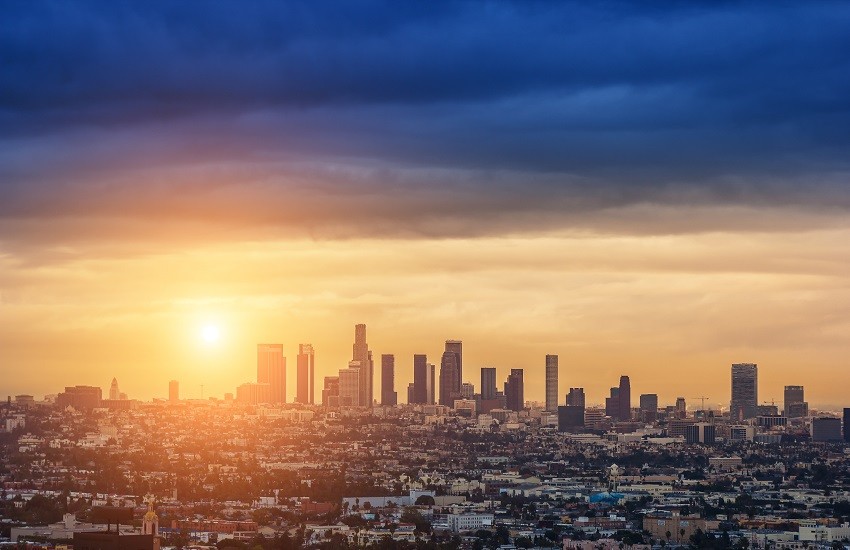 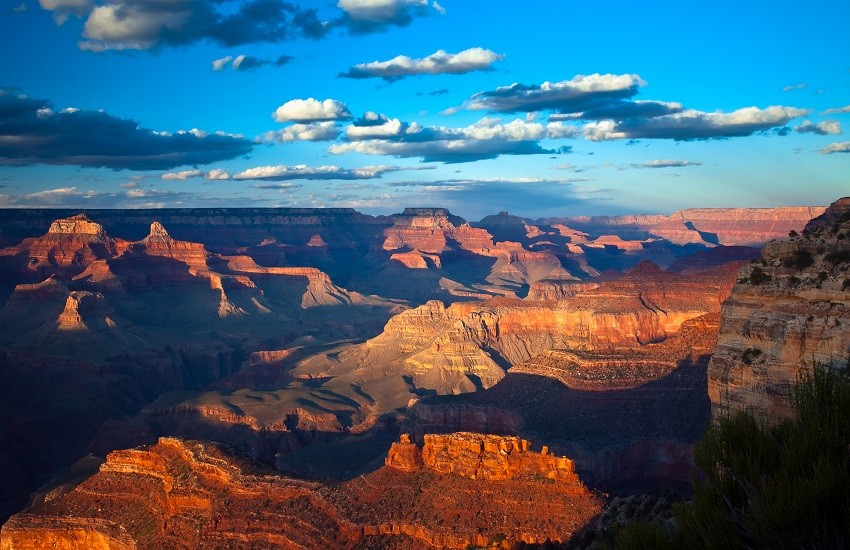 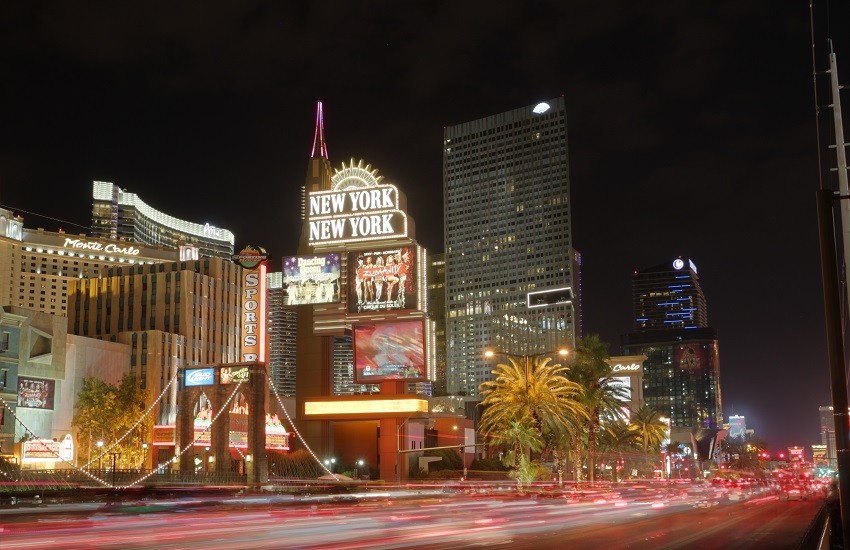 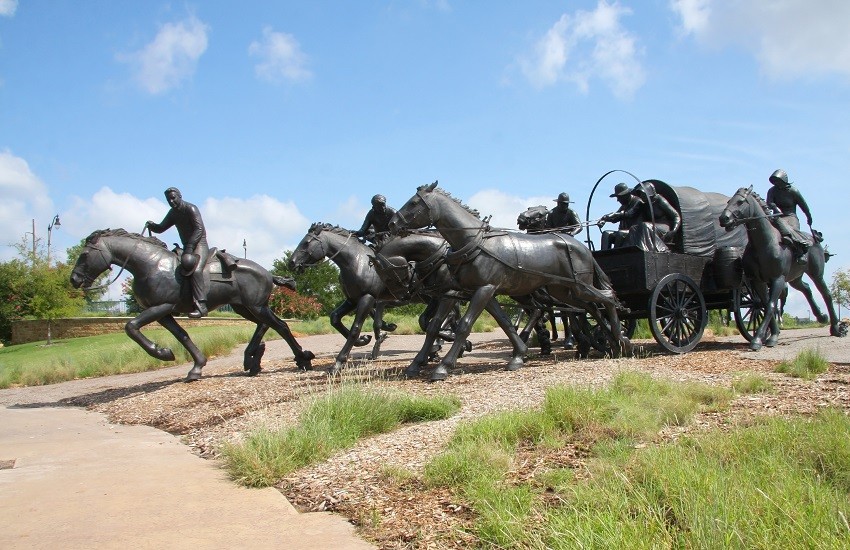 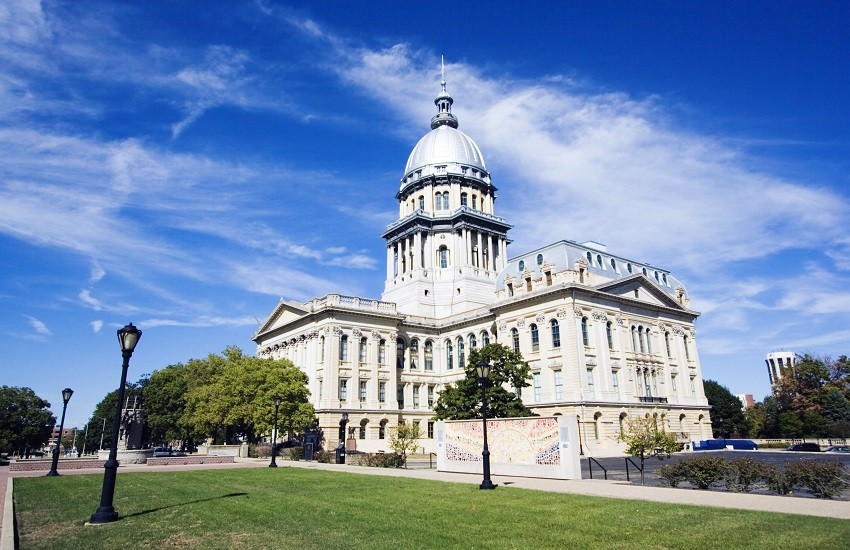 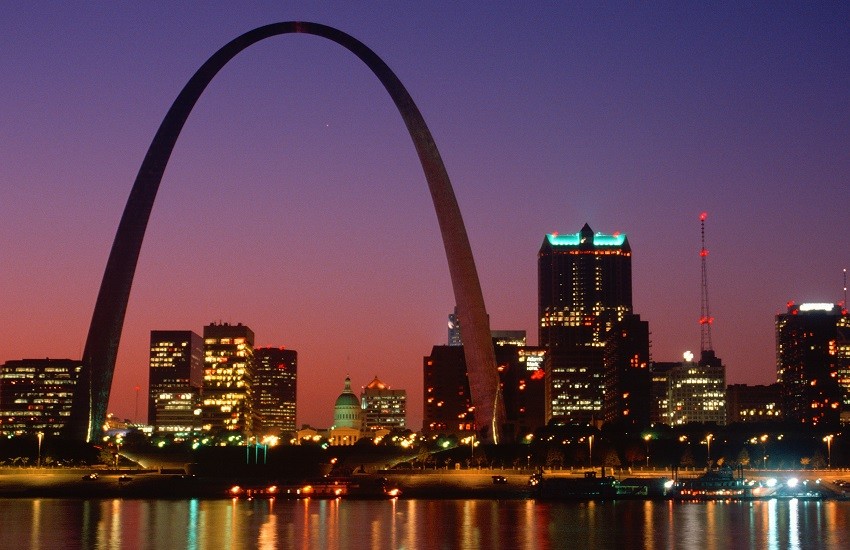 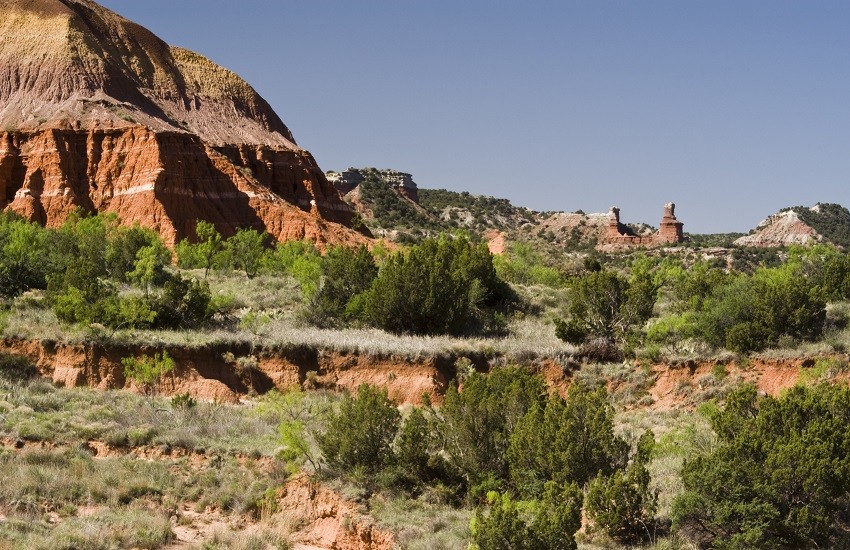 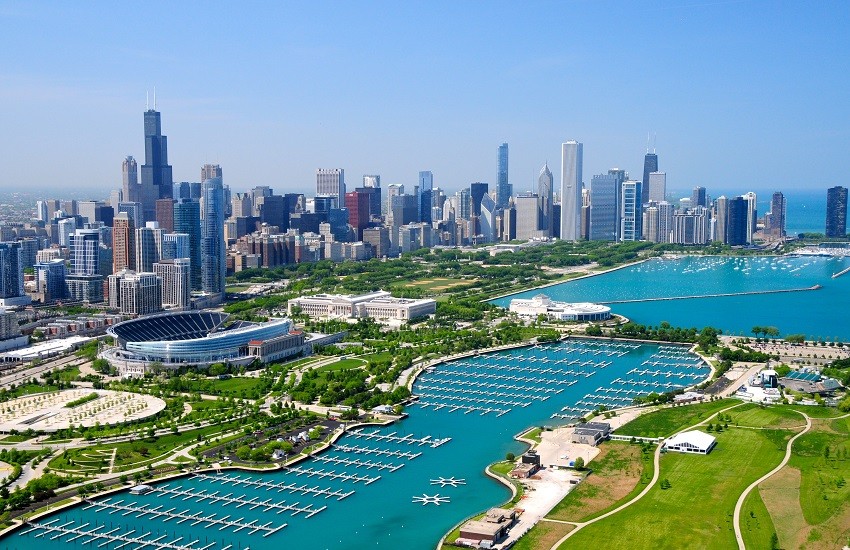 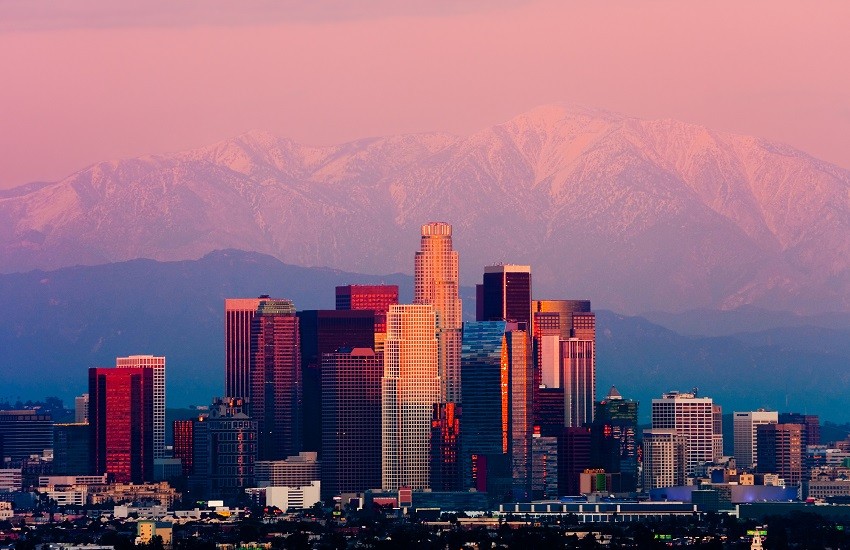 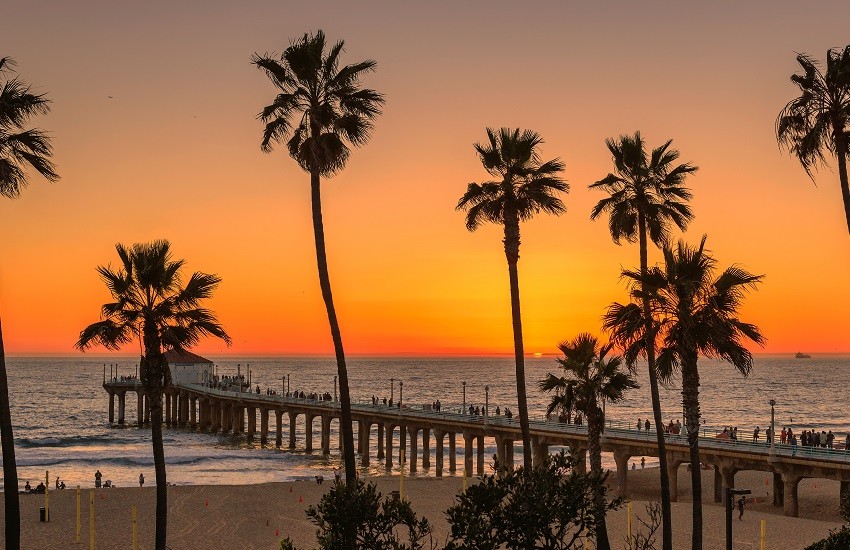 ✈  UK – Chicago (2 Nights): To begin your journey, you will fly from the UK to Chicago, Illinois where you will pick up your hire car and drive to your hotel. You will have 2 nights to unwind after your transatlantic flight and explore the fabulous ‘windy city’ of Chicago. Take a trip to the top of the Willis Tower for magnificent views over the city, or perhaps visit one of the many museums such as the Field Museum and Art Institute. If shopping’s more your thing, visit the Magnificent Mile.

🚗 Chicago – Springfield Illinois (1 Night): On your last day in Chicago, you will pick up your hire car and set off on your once-in-a-lifetime trip along the ‘Main Street of America’. Your first destination will be Springfield in Illinois, where you will stay for 1 night. Springfield is most commonly known for being the home town of former president, Abraham Lincoln, who is remembered throughout the city with museums such as the Abraham Lincoln Presidential Library and Museum as well as his former home, the Lincoln Home National Historic Site. For a taste of 1950s America, take in a drive-in movie by visiting the Route 66 Twin Drive- In Theatre.

🚗Springfield Illinois – St Louis (1 Night): Your next stop is St Louis in Missouri. Once you have checked into your accommodation, you are free to explore this lively city. Situated on the Mississippi river, St Louis’ main attraction is the Gateway Arch – a huge metal structure, 630 feet tall, built to symbolise the western expansion of America, starting with American Independence.

🚗St Louis – Springfield Missouri (1 Night): After your night in St Louis, it is time to hop back in the car and take a trip to Springfield, Missouri, known as the birthplace of the Route 66 as it was here that in 1926, the name of the new highway from Chicago to LA was proposed. Take a trip to the ‘Fantastic Caverns’, where you can take a ride around its underground cave on a jeep-drawn tram or visit the arty downtown district for a great selection of cafes, restaurants and trendy boutiques.

🚗Springfield Missouri – Oklahoma (1 Night): Next stop off on your all-American road trip is Oklahoma City, or OKC as it is known to the locals. Discover Oklahoma’s western history at the National Cowboy & Western Heritage Museum or visit some of the city’s museums which pay tribute to the Mother Road, such as the Oklahoma Route 66 Museum in Clinton with its photos, artefacts and music which span the decades telling the story of America’s most famous road.

🚗Oklahoma – Amarillo (1 Night): You may find yourself humming Tony Christie’s song ‘Is this the way to Amarillo?’ on the next leg of your journey, as you make your way to Amarillo in Texas, where you will spend 1 night. Travel along the mile-long Route 66 historic district, which once belonged to the Route 66 and is now lined with antique shops and cafes. For something totally different, visit the unique Cadillac Ranch (taking with you a can or two of spray paint) and legally graffiti paint one of the ten half-buried Cadillac cars!

🚗 Amarillo – Albuquerque (1 Night): Jump back in the car and make your way further along the route 66 to Albuquerque in New Mexico, where you will stay for 1 night. Most recently famed for being the location of the hit TV series Breaking Bad, you can even take a Breaking Bad Bus tour. If that’s not your thing, take a ride on the Sandia Peak Aerial Tramway which takes you on a 2.7 aerial ride to the top of the Sandia Mountains.

🚗 Albuquerque – Holbrook (1 Night): You next destination is Holbrook in Arizona, where en route you can stop at the Petrified Forest National Park, known for its large deposits of petrified wood. Also take a trip to the fascinating Meteor Crater in Winslow, where 50,000 years ago a huge meteorite hit the earth, leaving a 550 foot deep crater. You will stay at your hotel in Holbrook for 1 night.

🚗 Holbrook – Grand Canyon (1 Night): After your night in Holbrook, you will take a drive through Navajo Indian country before arriving at your next port of call on your amazing road trip – the formidable Grand Canyon. You will stay here for 1 night. There are many ways to view this breath-taking spectacle, perhaps taking a bus tour or a guided walk around the rim, or even taking a helicopter air tour.

🚗 Grand Canyon – Las Vegas (2 Nights): Hop back in the car and make your way to Las Vegas, stopping off to marvel at the mighty Hoover Dam on your way. Las Vegas is the renowned party city in the middle of the Nevada desert, where you will spend the following 1 night. Take a walk down ‘the Strip’ and try your luck at one of the many casinos or perhaps get a ticket for one of the spectacular shows.

🚗 Las Vegas – Los Angeles (2 Nights): The final destination on your grand driving tour is the sunshine home of the celebs, Los Angeles in California, where you will spend 1 night. Take a drive around upmarket district of Beverley Hills with its plethora of celebrity homes, take a photo under the famous Hollywood sign or for some thrills and spills, visit the Universal Studios theme park.

✈ Los Angeles – UK: On your final day, you will drive to Los Angeles airport where you will return your car and take your flight back to the UK.

Price is a guide for this multi-centre holiday including all your flights, hotels an car hire.