A Taste of Spain & Croatia

With a trio of Spanish cities and Croatia’s crowning glories, this multi centre holiday is perfectly paired. Your taste of Spain takes in Andalucian charm and Catalonian dynamics before whisking you to the Dalmatian Coast’s sapphire seas and architectural splendours. A fusion of culture and charm meets dynamic dining and nightlife in all 5 of these destinations, but no two are alike. It’s your trip, but we’ll always be there to meet you for flights and transfer you in comfort to your hotel.

Price is a guide for this itinerary including all your flights, hotels, trains, ferry and transfers. 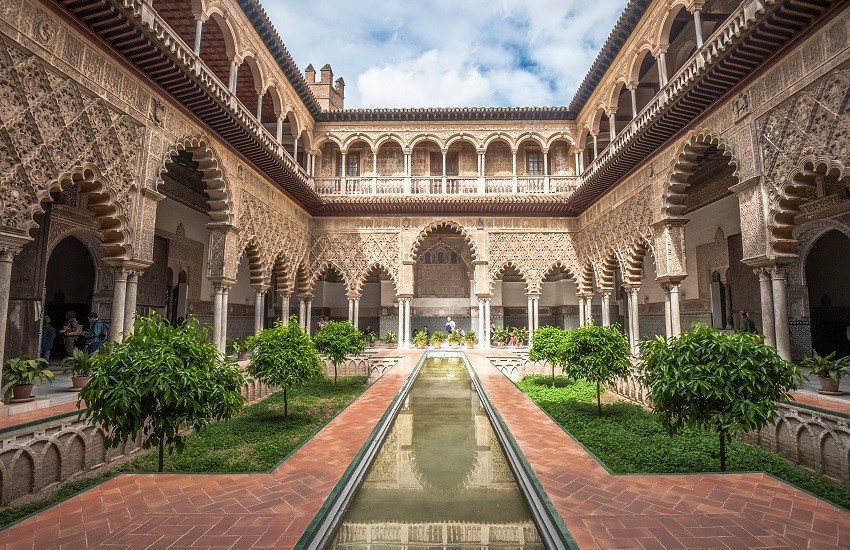 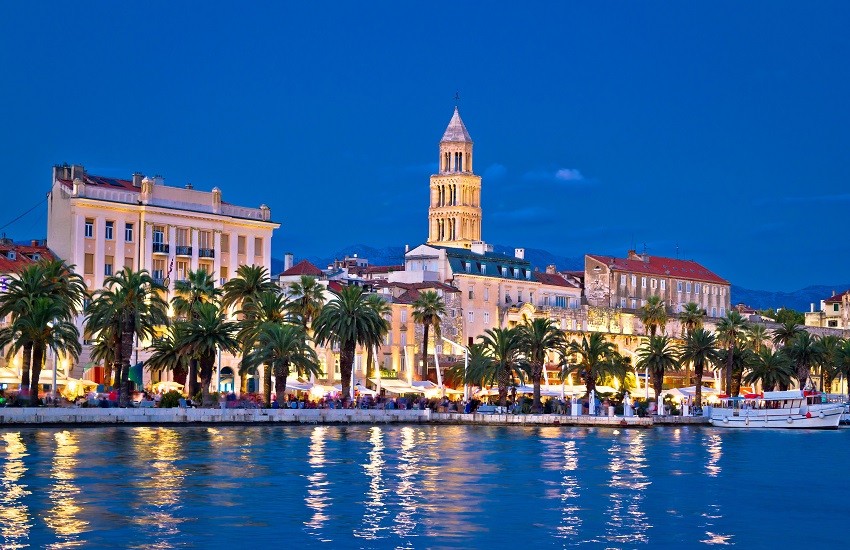 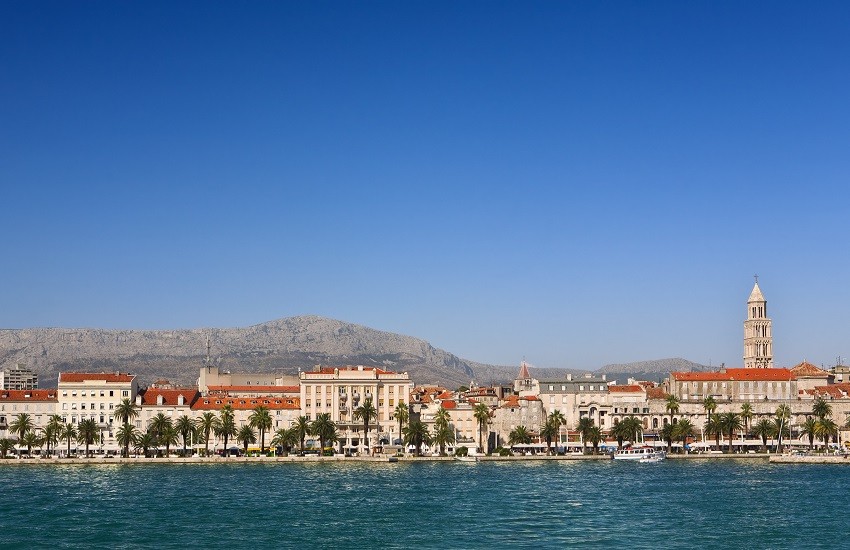 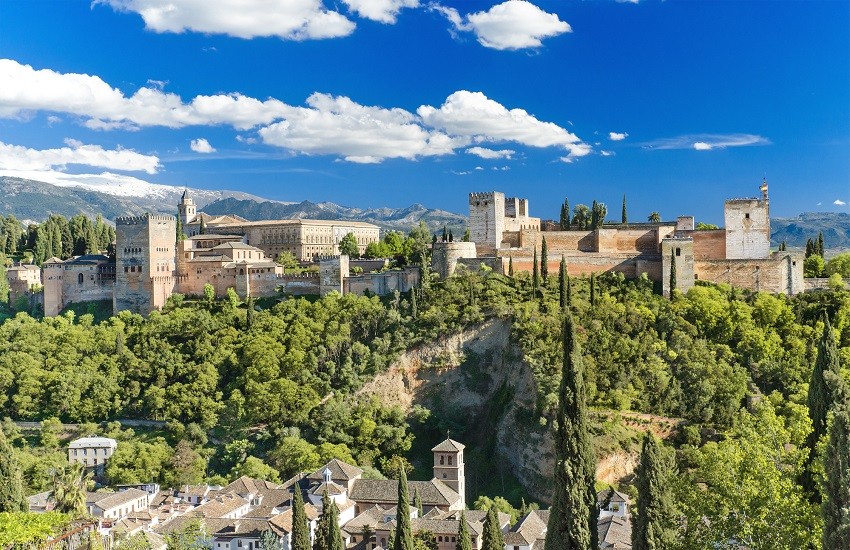 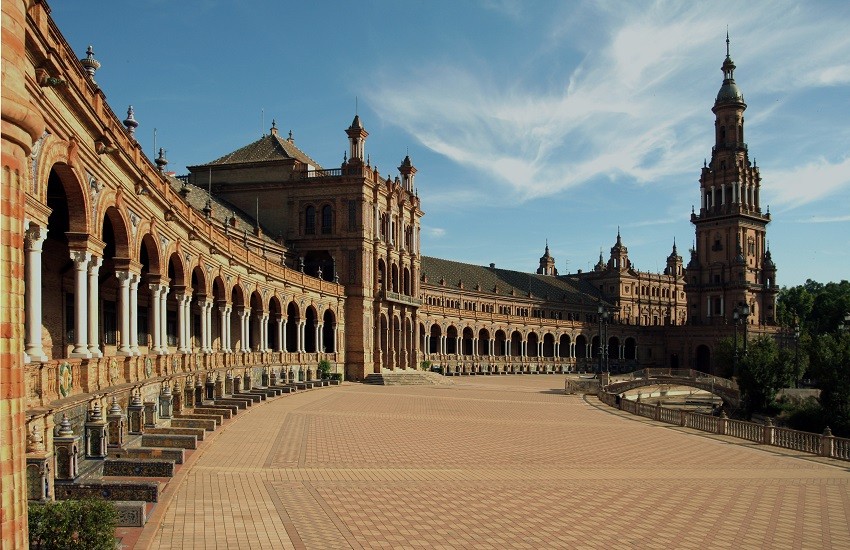 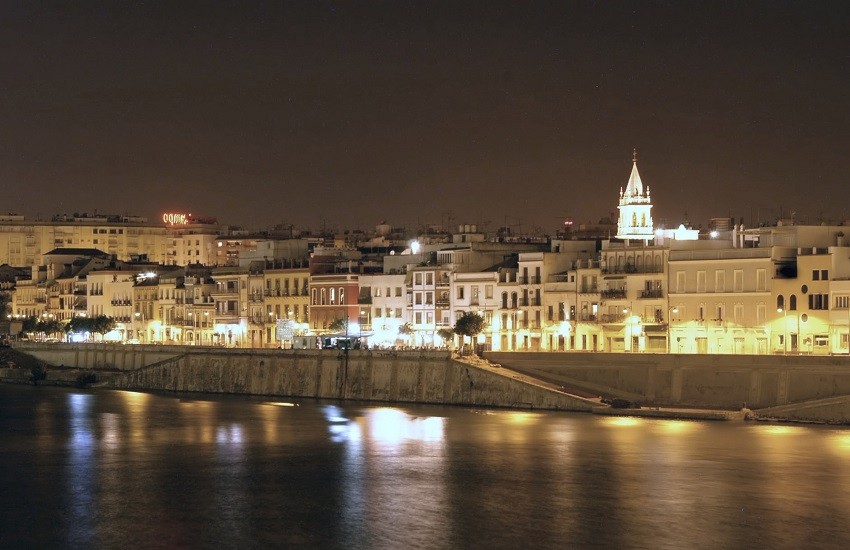 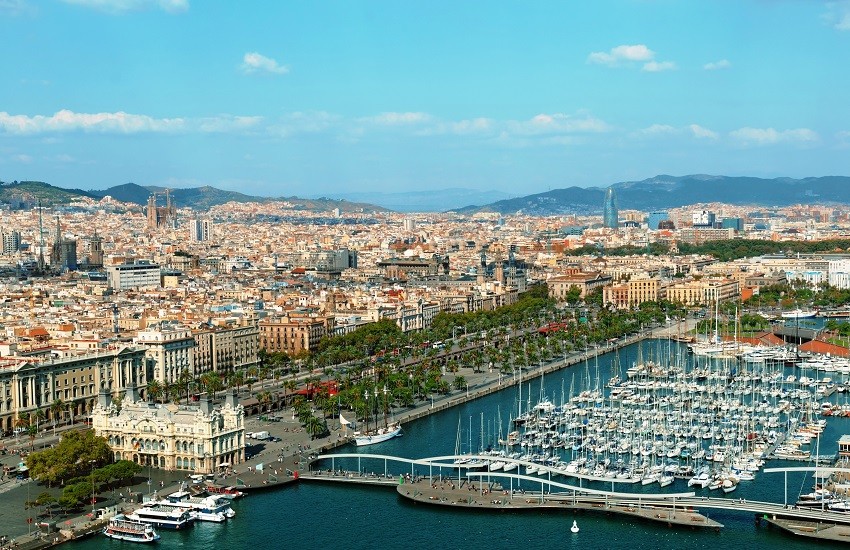 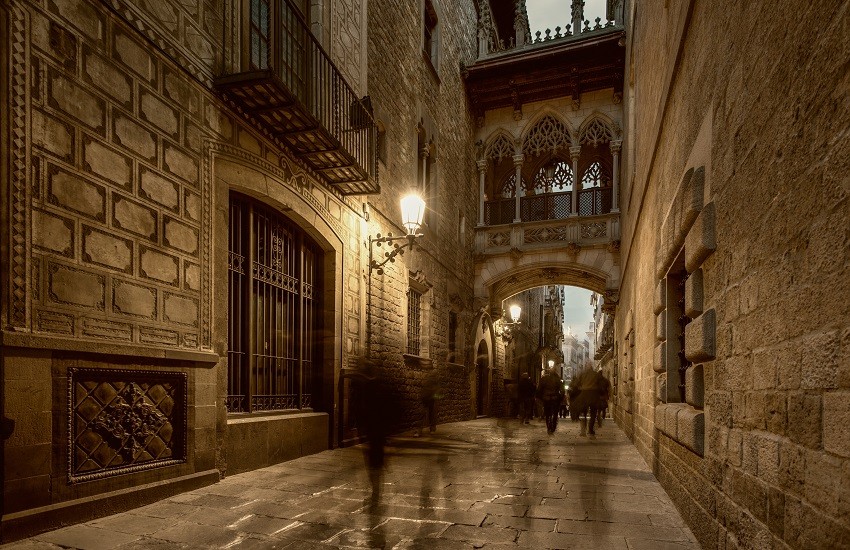 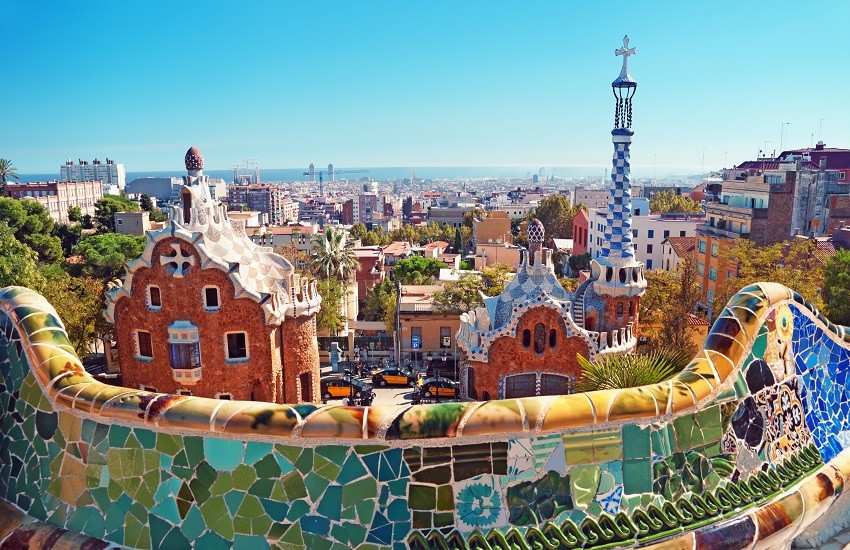 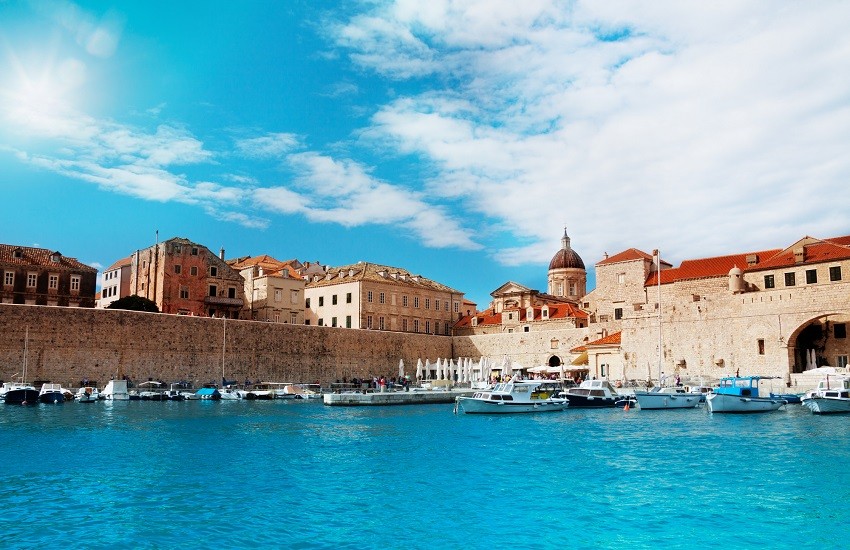 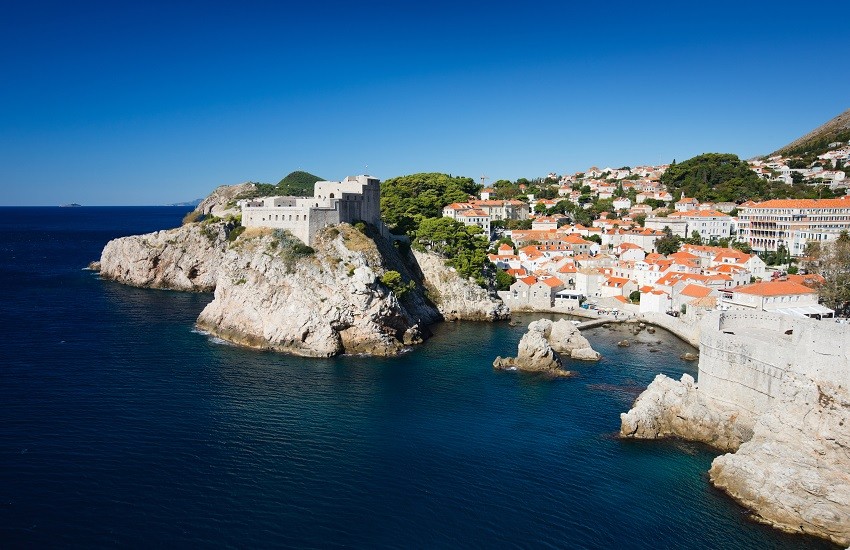 ✈ UK- Seville (3 Nights): With a direct flight and transfer to the hotel of your choice, you’ll jet off to Seville, where soaring Gothic cathedrals give baroque grandeur to winding Medieval streets. The Andalucian’s capital blends Moorish minarets with the Palacio de Las Dueñas’ Renaissance flair, and the sound of stamping Flamenco feet is never far away. From the Real Alcázar’s palace complex to the futuristic Metropol Parasol, Seville’s landmarks blend old and new in one word: exquisite.

🚂 Seville- Granada (2 Nights): The Seville to Granada train ride takes in humbling mountains, hilltop villages and fields with sunflowers as far as the eye can see. What you do with your 2-night Granada stay is entirely up to you. The Andalucian castles, cathedrals, monasteries and gardens form an endless array of fountain-flanked fortresses, while casual cafes soak in the Spanish sun. From Alhambra’s serene courtyards and the Royal Chapel’s alabaster tombs to the al fresco restaurants taking in the view, Seville is a melting pot of experiences.

✈Granada- Barcelona (3 Nights): Next, you’ll fly direct from Granada to Barcelona, Spain’s most cosmopolitan city. Barcelona blends Gothic and Modernist architecture like nowhere else on earth, and that’s before you reach the city’s hopping waterfront. The Catalonian capital thrives on a mellow pulse of tapas tasting, urban beaches and magnificent basilicas, although seeing the curved Casa Milà and Battló facades really puts things into perspective. Wander down Las Ramblas’ boulevard before market browsing under La Boqueria’s glass roof. Finally, wind down with a seafood paella at any of the city’s endless buzzing squares.

✈Barcelona- Dubrovnik (3 Nights): Leaving Spain with a direct flight, you’ll be headed for the domed bell towers of Croatia’s ancient walled city of Dubrovnik. Dazzling against deep-blue waters, the nicknamed “Pearl of the Adriatic” is an elitist destination (minus the pretentious edge). The Old Town’s limestone walkways divide up treasures like the Sponza and Rector’s Palaces, where galleried archways date back to the 15th century. For unparallelled views of terracotta rooftops twinkling in the sun, take the cable car to Mount Srd. For a walled city walk that’s a reasonable 1.2 miles, you’re in the right place. The Dubrovnik Summer Festival brings the city alive, although the fresh-caught fish is a year-round deal. You won’t run out of ways to fill your 3 nights here.

⛴ Dubrovnik- Split (2 Nights): Optional road or air transfers are available for anyone who isn’t keen on sea travel, but the ideal way to reach Split is by ferry. North of Dubrovnik, Split is Croatia’s second-largest city. As up-and-coming Croatian designers fill upscale boutiques and leafy terraces, stepping into Split comes with a literal split; where else does the 4th century Diocletian’s Palace rub shoulders with vibrant bars? Hit the palm-lined Riva promenade for a seafront stroll. Pop into the Meštrović Gallery’s sculpture gardens. Or you can just bask on Bačvice Beach (where you can join the locals for a shallow water game of picigin). The Dalmatian spirit is as strong as the coffee here, so expect evening square dancers, overflowing cheese platters and plenty of the region’s fine wines. As with all 5 of this multi centre’s destinations, you’ll stay in a hotel of your choice. We will recommend the best for you as part of our bespoke planning service.

✈ Split- UK: We’ll be there to meet you on your departure day and ensure that your direct flight from Split back to the UK goes smoothly.

Price is a guide for this itinerary including all your flights, hotels, trains, ferry and transfers.