When it comes to national parks, it’s safe to say that the USA has more than its fair share. Taking this epic road trip will allow you to tick a large number of them off your list and experience the diverse beauty of nature in these incredible locations. 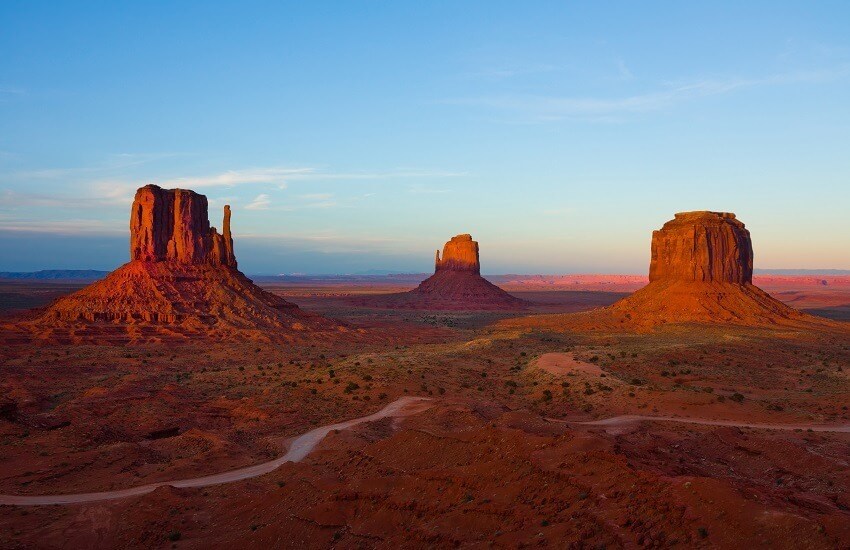 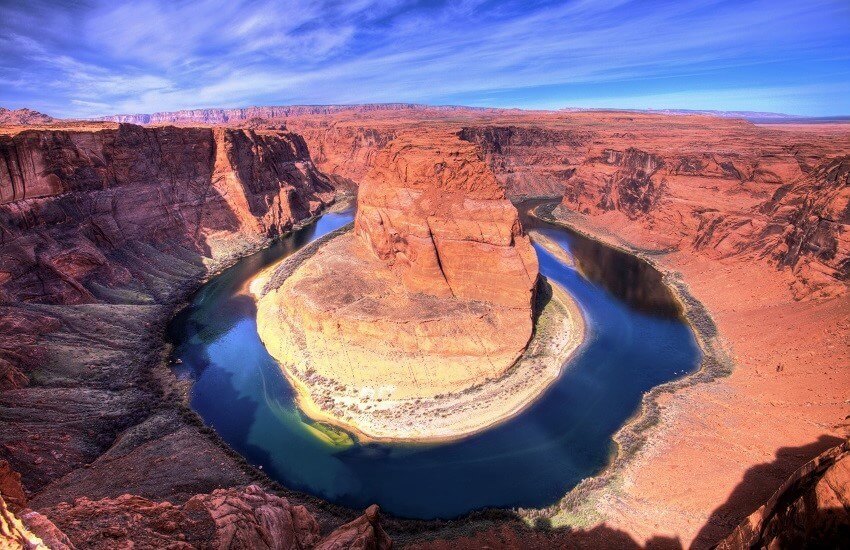 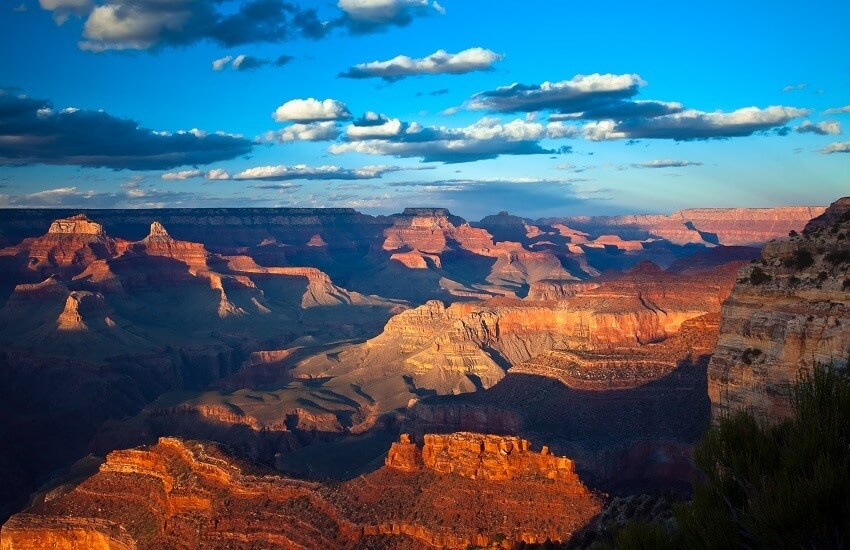 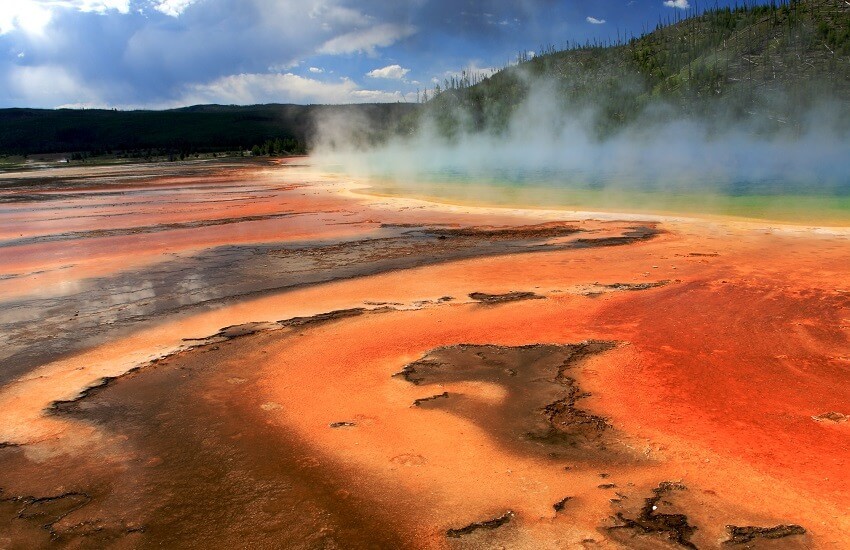 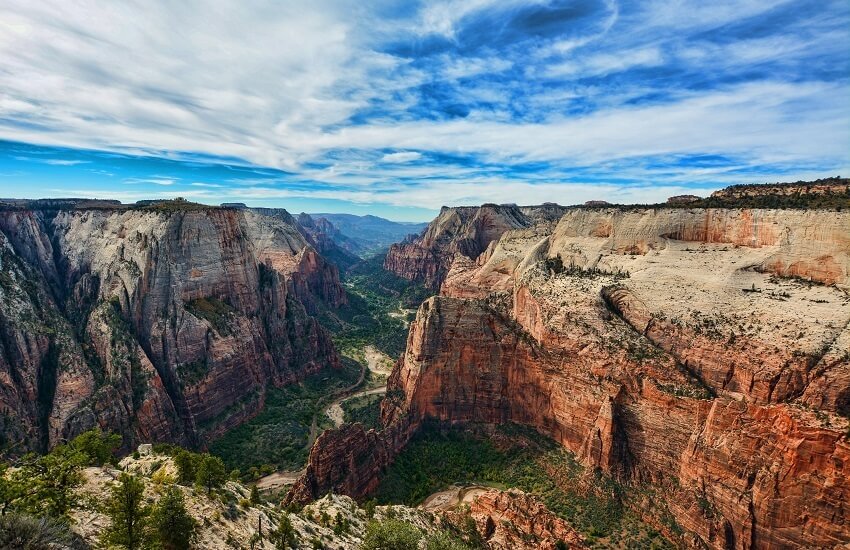 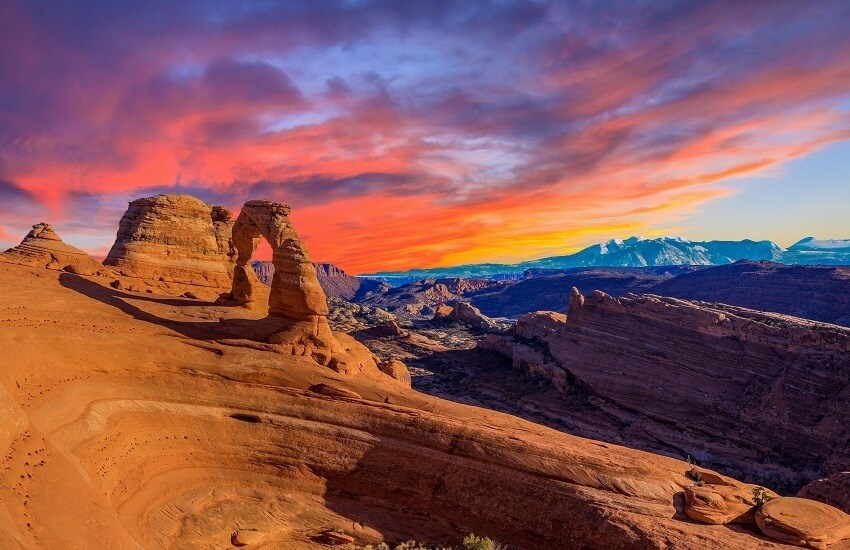 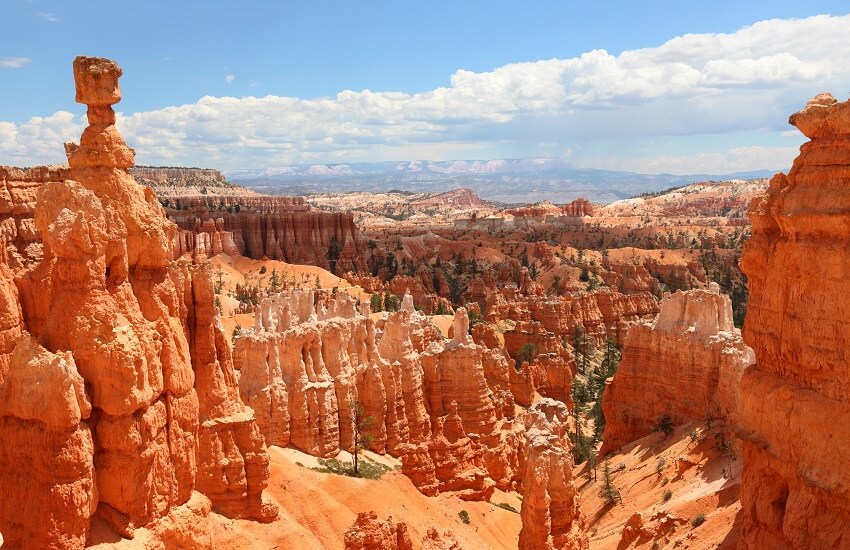 ✈ UK – Grand Canyon (1 night): After you flight from the UK to either Phoenix or Las Vegas, you’ll pick up your hire car and head to your first stop which is the incredible Grand Canyon. Carved out of the Arizona landscape by the Colorado River over millions of years, there are several ways to view the canyon, from hiking trails to the cantilever bridge known as the Skywalk, which holds you above the vertical drop below.

🚗 Monument Valley – Lake Powell (1 night): The following day you will move on to another section of the Colorado River, driving for just over 2 hours to Lake Powell. This immense reservoir has 1,800 miles of shoreline, including no fewer than 96 side canyons. The most famous is Antelope Canyon, where your boat will float between the sheer walls of Navajo sandstone.

🚗 Lake Powell – Zion NP (2 nights): The next day you will drive for 2 hours in to the Zion National Park, which is a paradise for nature lovers and having two nights here is a special experience. Hike the forest trails that follow the rout of the Virgin River and see the lush vegetation contrasted with the rich hues of the red cliffs. You will see the river make its way to the Emerald Pools, where the natural ponds have created three tiers, as well as rushing over precipices to become stunning waterfalls.

🚗 Zion NP – Bryce Canyon NP (1 night): Leaving the Zion National Park you’ll next head to Bryce Canyon, which is just a short 80 minute drive away. Make sure you get to the world-famous Bryce Amphitheater for sunset though, as this is a spectacular experience. You can choose to view the forest of hoodoos below from either Sunrise Point, Sunset Point, Inspiration Point or Bryce Point and you will be amazed by the different colours that come alive as the sun goes down. These spire-shaped rock formations will be like nothing else you’ve ever seen.

🚗 Bryce Canyon NP – Arches NP / Canyonlands (2 nights): The following day is an early start, as you have over 4 hours to drive to get to your next stop. Decide whether to dedicate your time to Arches or Canyonlands, unless you wish to fit short visits to both national parks in. The former takes its name from more than 2,000 natural arches that are dotted across the landscape. Canyonlands is naturally separated into four sections by the rivers that run through it: the Island in the Sky, the Needles, the Maze and the waterways themselves. There is enough to see over two days, but going up in a light aircraft could allow you to pack more in.

🚗 Arches NP – Dinosaur National Monument (1 night): Travel on for 3 hours to the confluence of the Green and Yampa rivers where you will find incredible examples of dinosaur bones. The Dinosaur Quarry Exhibit Hall has more than 1,500 bones still embedded in the rock, but visible to the naked eye. See if you can spot Allosaurus, Apatosaurus, Camarasaurus, Diplodicus, and Stegosaurus remains. You’ll then continue on to Rock Springs where you will spend the night.

🚗 Rock Springs – Grand Teton National Park (1 night): Leaving Rock Springs you’ll have a 3 hour drive until your next stop in Grand Teton National Park. Spend some time here hiking in this majestic park, which is dominated by the Grand Teton peak, stretching 4,000 metres into the sky. This is contrasted by the low valley floor known as Jackson Hole, which separates the mountain from the evocatively named Snake River. You will feel transported back to a simpler time when the mountain men named the area.

🚗 Yellowstone National Park (2 nights): As Grand Tenton and Yellowstone are neighbours, you’ll only have a short drive to get to your next stop, and when there you will have plenty of things to fill your time. Explore this volcanic hotspot with the likes of Old Faithful, a powerful geyser that spews boiling water at regular intervals. Also take in the canyons, rivers, forests and hot springs during your visit.

✈ Yellowstone – Rocky Mountain National Park (2 nights) by flight: Next you’ll drive to one of Yellowstone’s airports, generally either Bozeman or Cody, where you will drop off your car and take a flight to Denver. You can then either collect another hire car or we can arrange transfers to take you to your final stop in the Rocky Mountain National Park. Here you will find yourself well placed to visit the Front Range of the Rocky Mountains. Take in the views while looking out for wildlife from Trail Ridge Road, which is known as the Highway to the Sky.

✈ Denver to UK: Returning to Denver you will fly back to the UK.