Immerse yourself in the authentic American experience by visiting the Capital Region USA. From the memorable monuments of Washington, DC to the beautiful beaches and majestic mountains of Maryland and Virginia, history and natural beauty abound. 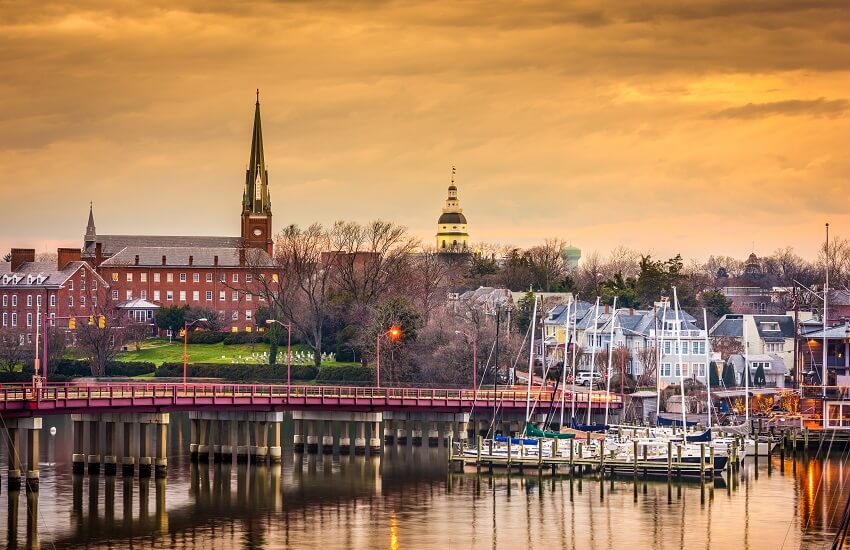 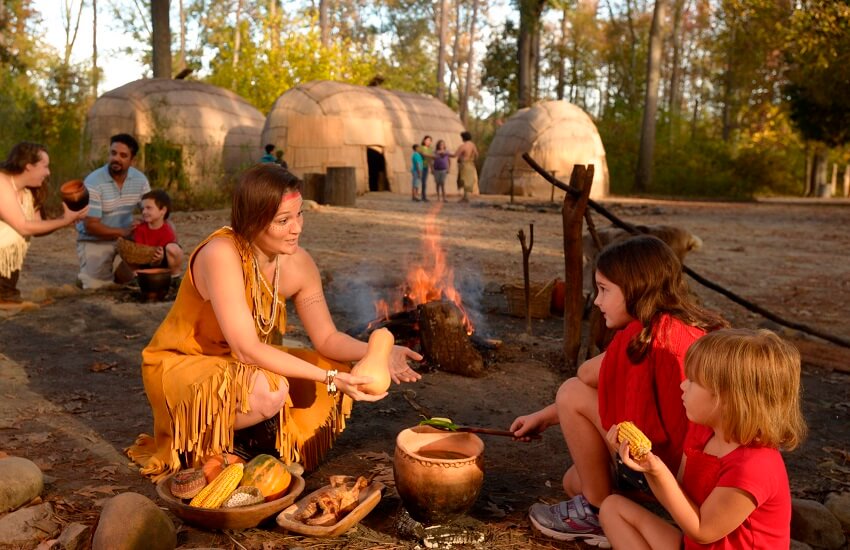 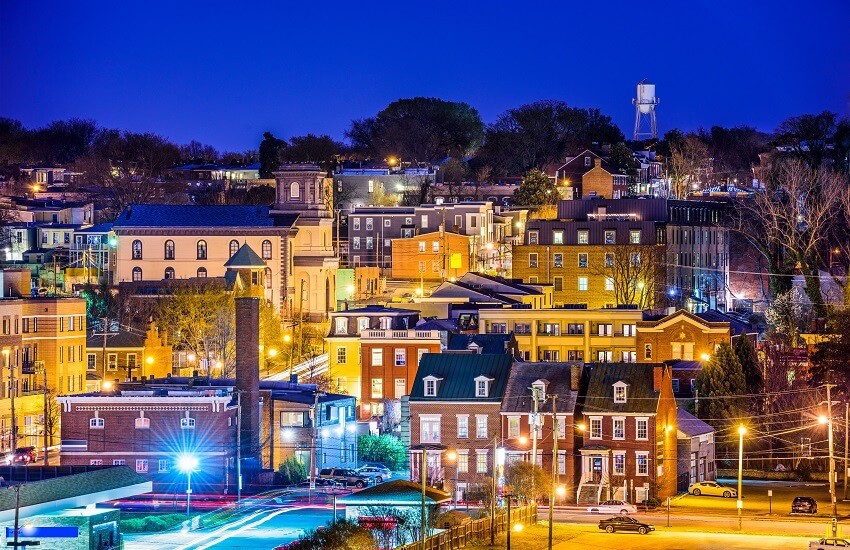 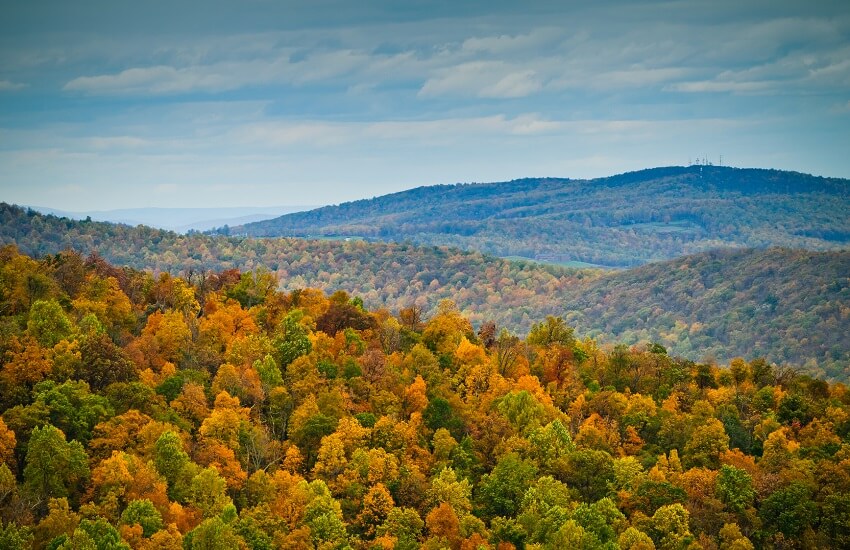 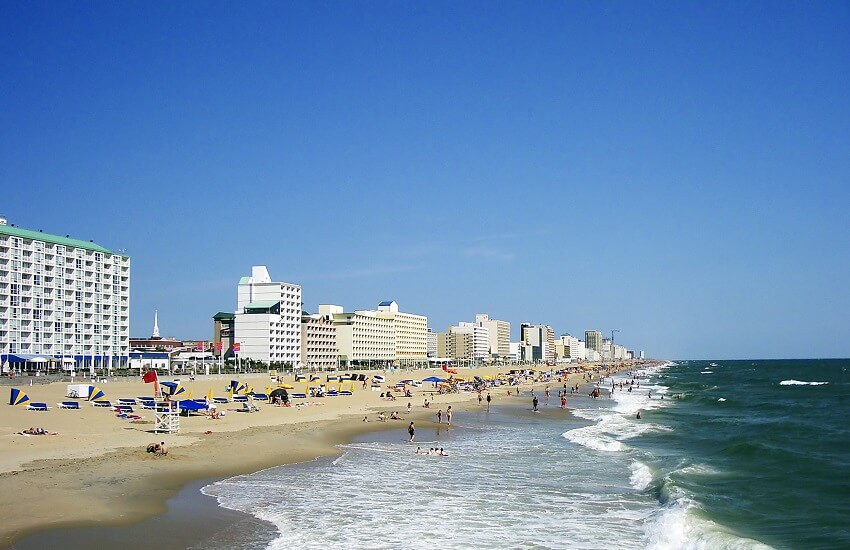 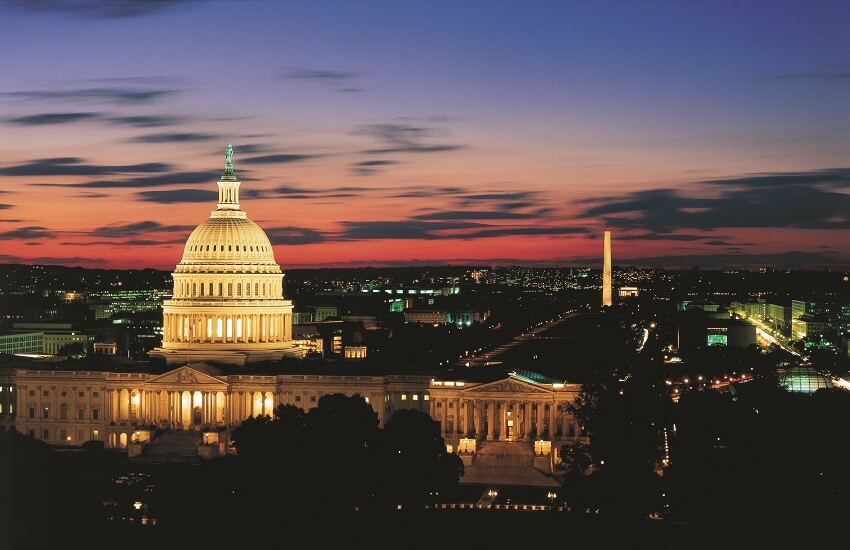 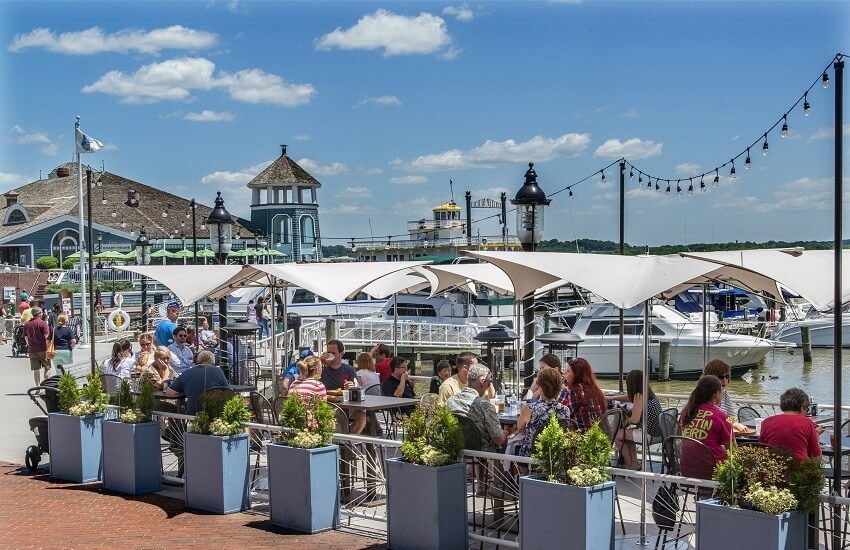 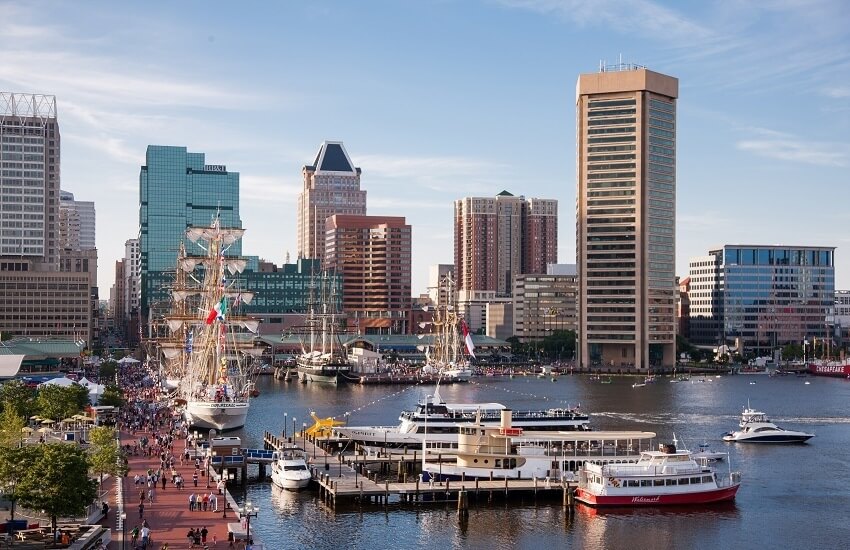 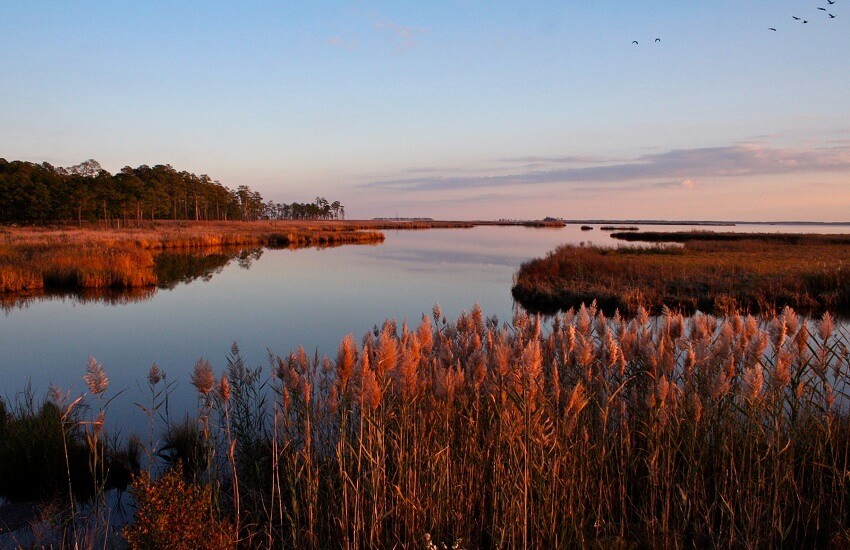 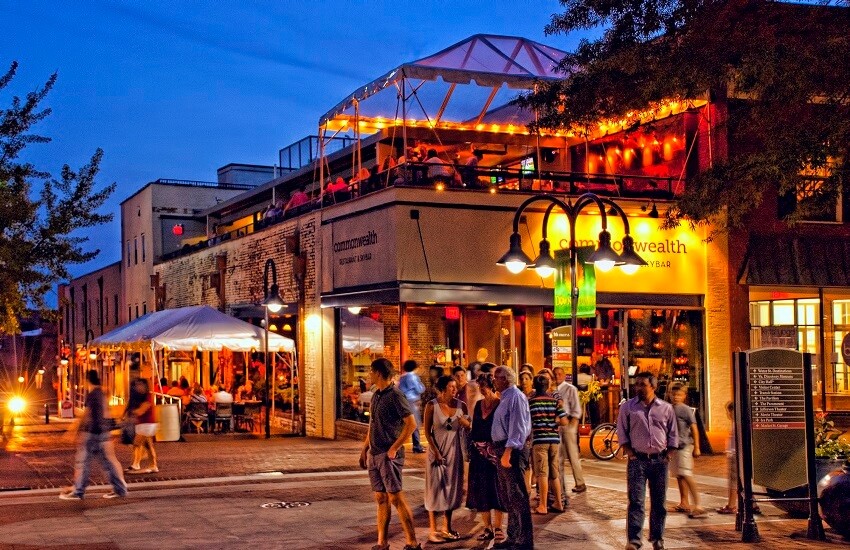 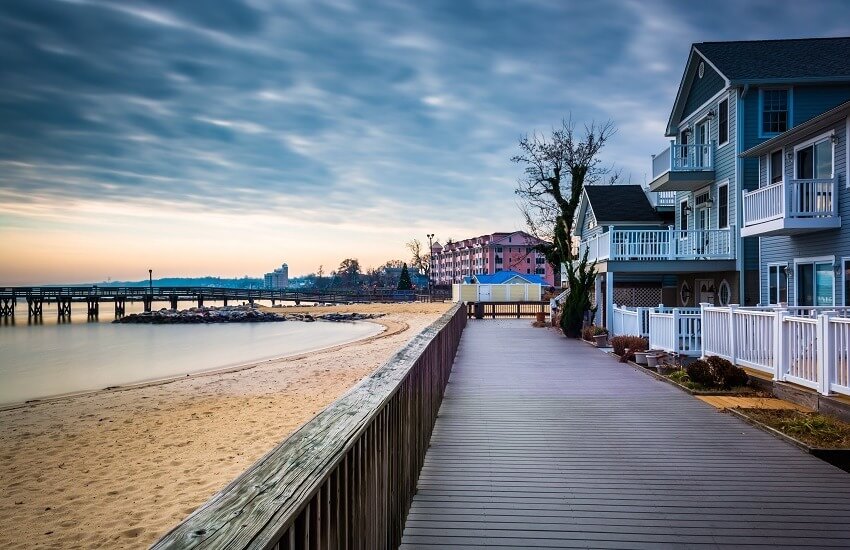 ✈ UK – Washington, DC (1 Night):You will start by flying from the UK to Washington, DC. Begin by checking out the inspiring memorials and hip and historic districts of Washington, DC, where history is made every day. Feel the power in the seat of America’s government, marked by the striking architecture of its monuments and museums. A visit to one or more of the famous Smithsonian Museums is a must, and with free entry, it’s no wonder the world’s largest museum complex is one of DC’s top attractions. Across DC, sample the work of some of the country’s most celebrated chefs and afterwards, cap off the evening with an after-dinner drink in one of the city’s high-energy clubs

Beyond DC’s iconic memorials and monuments, more than twenty unique neighbourhoods unfold throughout the city. So on day two take some time to venture off the National Mall to explore the city’s collection of sidewalk cafés, quaint boutiques, gorgeous parks and gardens, charming museums and trendy nightlife. Georgetown is DC’s most historic neighbourhood and today is a hotspot for shopping, dining and nightlife. Shop from more than 470 merchants, browse the art galleries along Wisconsin Avenue, or venture out onto the water for a river cruise or stand-up paddleboarding. Explore waterfront parks and all-American baseball in the Capitol Riverfront neighbourhood, home to DC’s Nationals baseball team. Anchored by the Atlas Theater since 1938, the H Street neighbourhood is considered one of the nightlife centres of the city with music venues, bars and several options for late-night dining.

🚗 Washington, DC – Luray / Shenandoah National Park (1 Night): After leaving Washington, DC you’ll set off to Luray. On the way, make a stop in Winchester, Virginia, to visit the Museum of the Shenandoah Valley which tells the story of the great valley after which it is named. Visit awesome Luray Caverns and hear the largest musical instrument in the world and the only one of its kind – the stalacpipe organ. Then travel the spectacular 105-mile long Skyline Drive in the 200,000-acre Shenandoah National Park. Plunge into thick forestland along a curvy mountaintop road that opens up to distant mountain vistas. Hike along more than 500 miles of trails, or take a guided ranger tour or horseback ride.

🚗 Luray – Charlottesville (1 Night): Next you’ll venture to Charlottesville, a college town with a sophisticated feel and it’s only 1½ hours from Luray. Visit Monticello, Thomas Jefferson’s magnificent mountaintop legacy. It’s more than a house; there are stunning flower and vegetable gardens, orchards and vineyards, all painstakingly restored.

The wineries on the Monticello Wine Trail have all been inspired by Thomas Jefferson’s vision of winemaking. All 30 winery members take pleasure in welcoming visitors from around the world to sample their wines, relax in the bucolic countryside and share their pride in Virginia’s wine-making heritage. Be sure to drive through the campus of the University of Virginia. Jefferson’s architectural talents are evident in the classic beauty of the campus. He patterned the Rotunda in his original “Academical Village” after the Roman Pantheon, and is still the focal point of the grounds.

🚗 Charlottesville – Williamsburg (2 Nights): Next you’ll travel to Williamsburg which is a 2-hour drive. Be sure to stop in Richmond as you head East today. Richmond is a fun-loving city where history, parks, museums and galleries create a one-of-a-kind city experience. Visit a 12th century English Priory and a 15th century home both relocated from England, a Gilded Age Estate, a beautiful glass conservatory, the Edgar Allan Poe Museum or the recently expanded Virginia Museum of Fine Arts. Later, perhaps you fancy finding some bargains at the Williamsburg Premium Outlets® which offer outlet shopping at its best with 135 stores including: Coach, Burberry, Nike, Polo Ralph Lauren and more.

Williamsburg was Virginia’s first capital and is famously well preserved with fine examples of colonial shops, taverns homes and gardens, so there’s plenty to explore on your second day. On the streets of Colonial Williamsburg, people wear period dress and visitors are transported to the Virginia of 300 years ago. Time permitting you can also explore nearby Jamestown and Yorktown that together with Williamsburg make up the Historic Triangle. Busch Gardens Williamsburg will set your adrenaline racing with 50 thrilling rides. In addition to roller coasters and other amusement rides, this 383-acre theme park outside of Williamsburg includes a wildlife reserve, water park and 10 hamlets themed to European villages.

🚗 Williamsburg – Virginia Beach (2 Nights): Next you’ll drive to Virginia Beach, the world’s longest pleasure beach, with 40 blocks of boardwalk, 18,600 acres of nature in two State parks and a wildlife refuge there’s no end to the choices. Go kayaking with dolphins, take part in the thrilling rides and non-stop entertainment of the boardwalk or simply relax with your toes in the sand.

Take a kayak tour at First Landing State Park, Virginia’s most popular state park, located near the mouth of the Chesapeake Bay close to the spot where Captain John Smith landed in 1607 on his way to establishing the first permanent English settlement at Jamestown. The park preserves and interprets a unique part of the Chesapeake. Later you can explore over 800,000 gallons of one of the best aquariums and live animal habitats in the country at the Virginia Aquarium & Marine Science Center. Check out hundreds of hands-on exhibits, outdoor aviary, nature trail, and marshlands.

Visit nearby Norfolk, Virginia and spend the day exploring “all things nautical” including Nauticus, the National Maritime Center, the Battleship Wisconsin and the Hampton Roads Naval Museum operated by the United State Navy. Nauticus has a maritime-themed science center with an aquarium, hands-on exhibits, interactive theaters, and a variety of educational programs. The Battleship Wisconsin BB-64 is one of the famous Iowa-class ships. It was commissioned on April 16, 1944 and reported for duty in the Pacific. It is one of the largest and last battleships ever built by the United States Navy. The main deck and sections of two upper decks are open for self-guided tours.

🚗 Virginia Beach – St Michael’s / Chesapeake Bay (1 Night): Next you’ll travel up to St. Michaels on Maryland’s Eastern Shore. Both a tourist attraction and a travel convenience you’ll drive over the Chesapeake Bay Bridge-Tunnel which showcases the mighty surge of the Atlantic Ocean, the beauty of the Chesapeake Bay, and the soaring grace of an engineering marvel. Maryland’s Eastern Shore beckons travelers with irresistible picturesque hamlets and distinctive charm. Its waterman`s villages, and sophisticated small towns have the perfect balance of rural simplicity and urban refinement. Here, you can stroll through historic neighborhoods, paddle down a river, enjoy fresh crab cakes, and absorb the beauty of the Chesapeake Bay. Whether it’s tiny Oxford, romantic St. Michaels or charming Easton, the Eastern Shore should not be missed.

🚗 St. Michaels – Annapolis (1 Night): After Cheapeake Bay, it’s on to Annapolis, “America’s sailing capital”, which is just over an hours’ drive. Since its founding, Annapolis’ heritage has been linked to the water. Yesterday’s bustling port city is today’s boater’s paradise. Annapolis offers countless ways to get out on the water – from 40-minute to daylong public cruises, to charters, to renting a canoe, kayak, paddle board, or peddle boat. Prefer to stay on land? Stake out a seat at your favorite waterfront restaurant, go shopping in the Market House or take a guided tour of the US Naval Academy.

🚗 Annapolis – Baltimore (1 Night): Then it’s on to your final stop, Baltimore. Baltimore’s famed Inner Harbor is filled with attractions and a variety of unique ways to explore this waterfront destination. Swim with sharks, stingrays and multiple species of fish in the National Aquarium’s beautiful Atlantic Coral Reef tank when you book a scuba diving session with Atlantic Edge. Learn to sail at the Downtown Sailing Center, rent a paddle boat for a leisurely tour around the harbour, or live the life of a pirate with Urban Pirates adventure cruises. Explore the city by old-fashioned trolley bus, aboard harbour tour ships, via Segway, or book a Wicked History Tour to explore Baltimore’s scandalous past. Just a water taxi away is Fort McHenry where in the War of 1812, a British fleet expected to breeze into Baltimore unopposed. Instead, the ‘upstart’ Americans put up a fierce resistance and Francis Scott Key was inspired to write the poem that became America’s national anthem, The Star-Spangled Banner.

🚗 Baltimore – Washington, DC (1 Night): On your final day you will return the short distance to Washington, DC and last chance to pick up some bargains before you fly home.

✈ Washington – UK: On your final day you will return your car back to Washington Airport and board your flight back to the UK.