The south-eastern US states of South Carolina and Georgia are wonderful places to explore and by spending your entire multi-centre holiday in this region you’ll get to really dig beneath the surface. With a fascinating history, cultural cities and seemingly subtropical beaches, this itinerary offers a variety of experiences despite staying in the same two states for the whole trip. 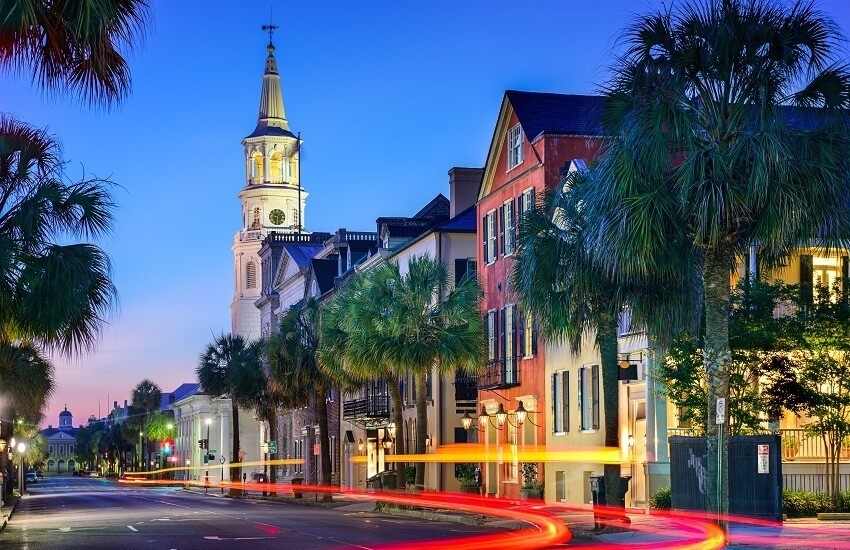 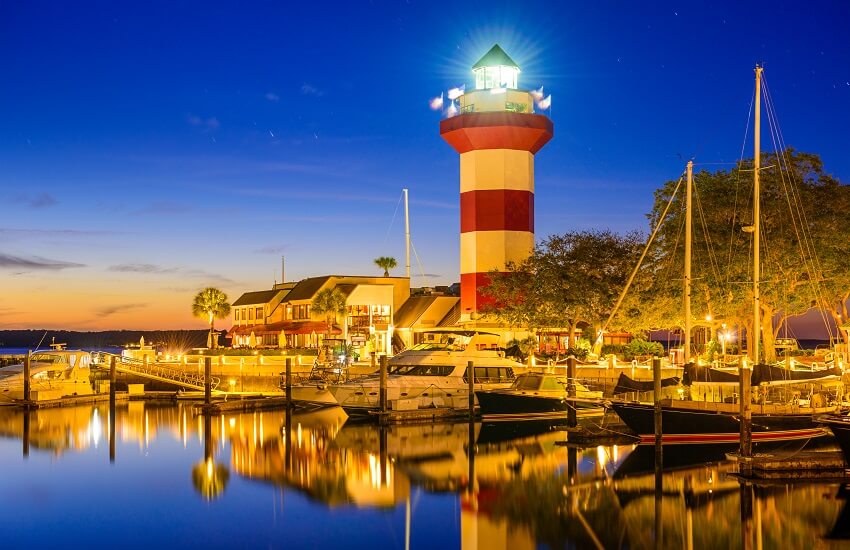 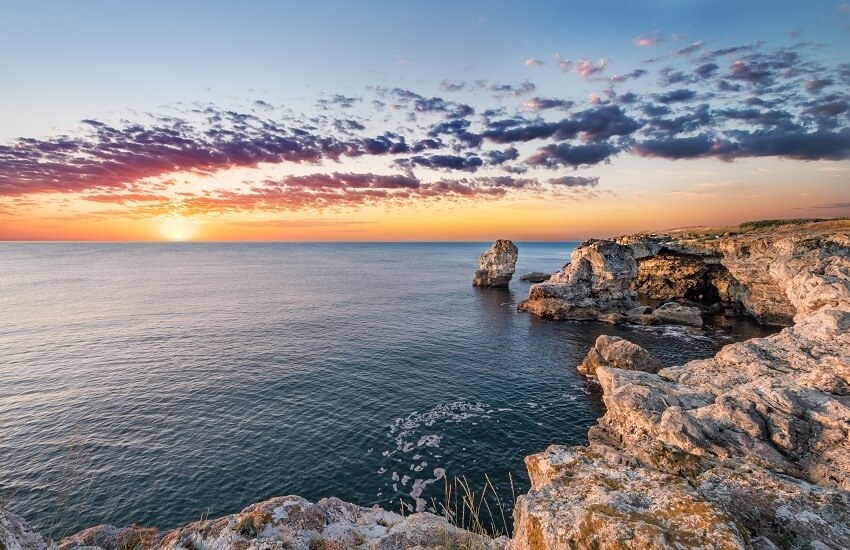 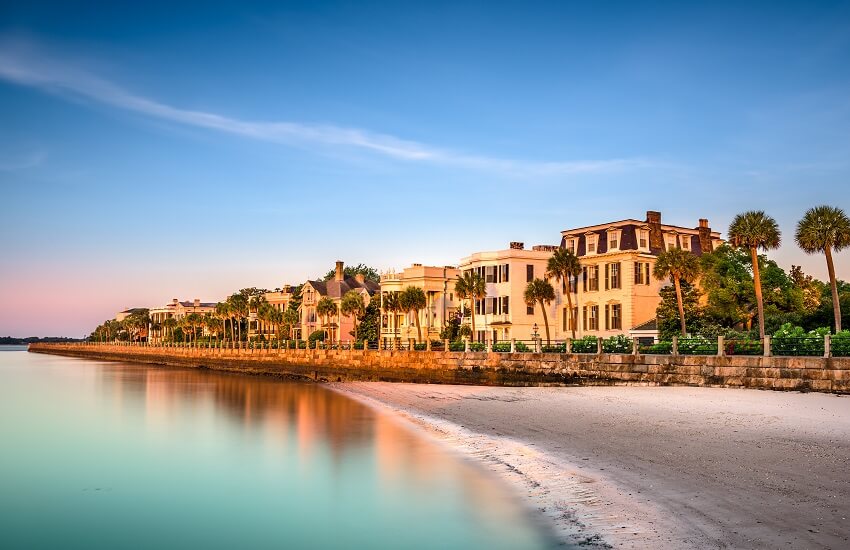 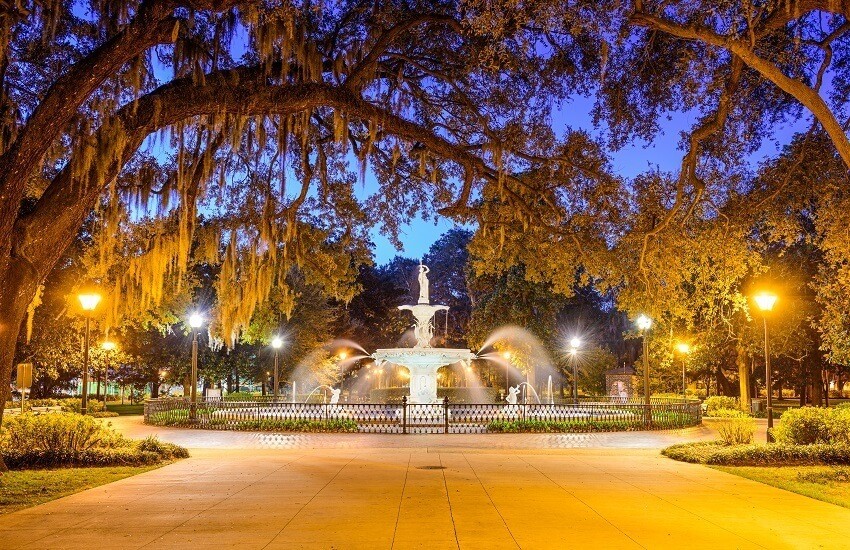 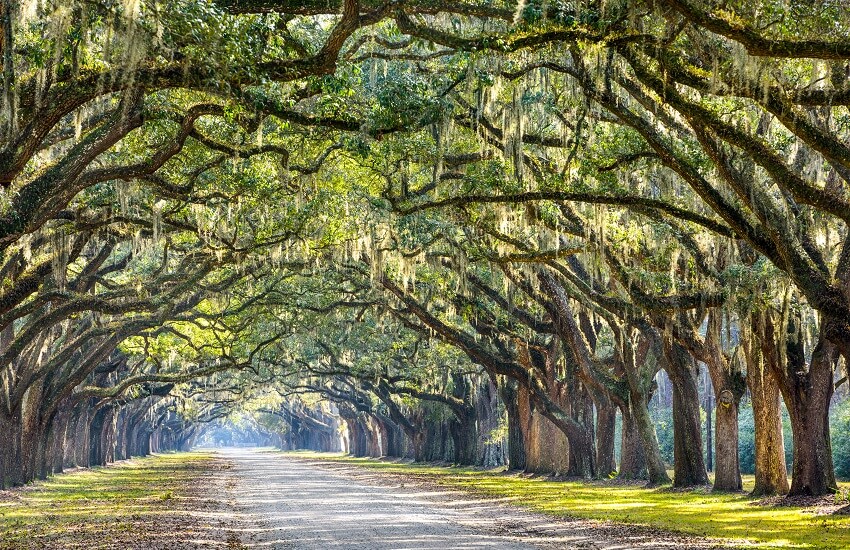 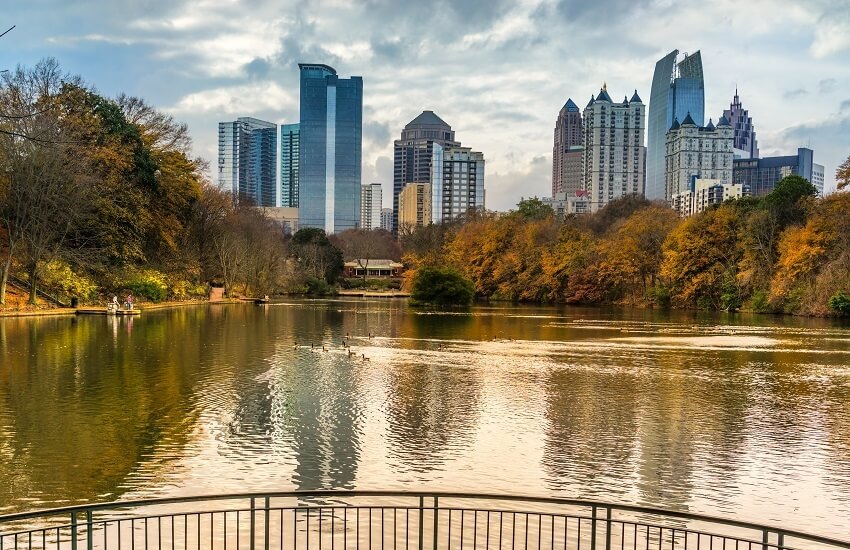 ✈ UK – Atlanta (2 nights): Fly into Georgia’s state capital of Atlanta from the UK and be greeted by a very progressive city. It is one that has had vital roles in both the American Civil War and the Civil Rights movement, with institutions where these themes can be explored in more detail. Martin Luther King Jr National Historic Site includes the preacher’s boyhood home and the church where he was a pastor. Other sides of this city offer up attractions, such as the World of Coca Cola, with its functioning bottle plant. If animals are more interesting to you, make your way to Zoo Atlanta or the Georgia Aquarium. Both of these locations offer interactive experiences for visitors, allowing you to learn more about the important role of conservation.

🚗 Atlanta – Savannah (2 nights): Upon leaving Atlanta, you will head to the picturesque city of Savannah, which sits on the coast and boasts a major waterway. The Savannah River marks the border between Georgia and South Carolina and the boundary of the metropolis. Spend some time wandering in the historic district, which is leafy and open with plenty of parks. Chief among them is Forsyth Park, which is home to mature oaks and magnolia, which when in bloom is both fragrant and stunning with its candle-like flowers. Step inside the Roman Catholic Cathedral of St John the Baptist to gaze in awe at its vaulted ceilings and long aisle.

🚗 Savannah – Hilton Head Island (2 nights): Next you will take the short drive a to Hilton Head Island where you’ll have two nights to explore this offshore resort just 20 miles to the north-east of Savannah. The island has plenty of history to boast, as well as marine wildlife, such as loggerhead turtles living off its shores. Pass the time visiting the museums and art galleries, taking part in water sports and touring the local wineries and sampling their wares.

🚗 Hilton Head Island – Charleston (3 nights): Driving up the coast, your next stop will be Charleston, and as soon as you arrive you’ll notice a number of things. The first is how friendly the locals are and the second will be how low the skyline is, as this city has height restrictions on its buildings. Over the course of your stay, you’ll spot many other characteristics of this southern gem that sits between the Ashley and Cooper rivers. History buffs will want to see the ruins of Fort Sumter where the US Civil War began, as well as Battery and White Point and Fort Moultrie, which dates back to the revolutionary war. The carefully preserved 18th-century Middleton Place Plantation is also fascinating, with the opportunity to explore the house, gardens and stableyard. Families will be welcomed at the Children’s Museum of the Lowcountry, while a day at the beach always goes down well with kids. There are no fewer than five to choose from within the vicinity of the city, with Folly Beach and Seabrook Island popular choices.

🚗 Charleston – Georgetown (2 nights): Travelling further up the coast you’ll come to the small and historic Georgetown, it has plenty of charm and describes itself as South Carolina’s best kept secret. We suggest you unpack this little gem of a place and explore its waterfront, complete with wonderful little independent shops. There’s plenty to keep you entertained throughout your visit, from heading out of the harbour to go fishing to taking part in a chilling ghost tour.

🚗 Georgetown – Myrtle Beach (3 nights): By this point in your itinerary you will be well and truly ready for some R&R. Wind down at Myrtle Beach, which occupies an enviable position in the middle of the Grand Strand. This 60-mile strip of beaches means you can choose whichever stretch of sand takes your fancy. Jump aboard the SkyWheel to get views of the surrounding area or treat the kids (and big kids) to some old-fashioned fun at the Family Kingdom Amusement Park.

✈ Myrtle Beach – UK: On your final day, you’ll drive to the airport to return your car and board your flight back to the UK.