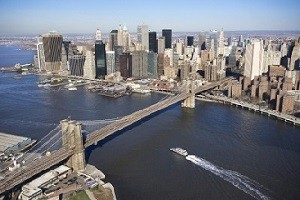 A New York and Las Vegas Twin Centre Holiday is one of the most classic American holidays you can make.  Both are iconic destinations with such world famous sites that you’ll be constantly feeling that you’re on a film set!

Both New York and Las Vegas offer a wide range of hotels, ranging from budget to some of the world’s most luxurious.  Both cities also have every kind of dining on offer, from classic American diners to some of the very best fine-dining restaurants in the world.  However, they are a brilliant combination too as they are so different in every other way – one is the cosmopolitan and cultural capital of the USA, the most famous city on earth and the other is the extravagant party capital of the world which is solely designed for your entertainment and enjoyment.  However, both cities have world class entertainment and nightlife – so get ready for an action-packed, full-on holiday enjoying two cities that complement and contrast each other in equal measure!

There’s so much you’ll want to see so make sure you have comfortable shoes for lots of walking around! 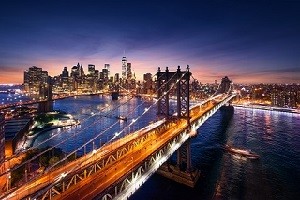 Surely the most recognisable building in New York must be the Empire State building.  To get an idea of the sheer size of the city, go up to the 86th- or 102nd-floor observatory decks.  While the views are stunning during the day, it’s even more fun at night with the city lights twinkling in the darkness.  Buy tickets online and you can jump the queues and go straight up to the observatory decks.

Another iconic symbol of the city is Brooklyn Bridge which connects Manhattan to Brooklyn over the East River.  To walk over it, start at Center Street near City Hall in Manhattan, take in the views of Governors Island to the south, the Statue of Liberty beyond, and the Manhattan Bridge to the north.

One more to tick off your list is Times Square, it’s a cacophony of noise and light, crowded with people 24 hours a day. When they say the city never sleeps, they mean Times Square!

The Hop on Hop Off Big Bus Tour, is a great way of getting around all these iconic destinations – the Down Town tour includes the Financial District, Wall Street, Battery Park, Chinatown, SoHo, Greenwich Village, 9/11 Memorial, One World Trade Center, The Empire State Building and a view of The Statue of Liberty.

Also the one-hour Liberty Cruise will take you over to see the Statue of Liberty, Ellis Island and the southern tip of Manhattan.  There are also longer cruises and for the romantics there is an evening Harbor Lights Cruise.  It’s cheaper to book tickets online and essential to reserve them in summer when they are most popular.

The National September 11 Memorial & Museum, located at the World Trade Center, is a really moving place to visit.  The Memorial consists of two reflecting pools set in the footprints of the Twin Towers and the Museum tells the story of the events of 9/11.

Even if you’ve been to New York before there’s still so much more to do and see.  You could walk the High Line; the old elevated cargo railway line has been converted into a landscaped park that stretches from Chelsea to the Meatpackers district.  With no traffic, it’s a great walk with children and lots to look at on the way. 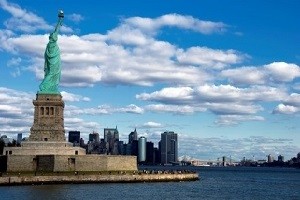 When in the Big Apple why not take in a show on Broadway or visit one of USA’s best museums.  There’s the iconic Met, on the eastern side of Central Park, it’s so enormous that you need choose a section to visit. The collection features Greek, Roman, African, ancient Egyptian and Byzantine galleries, as well as modern American art, and paintings and sculptures of the European masters – everyone from Rembrandt and Vermeer, to Van Gogh and Picasso. Don’t miss the roof garden, open in summer, which has stunning views of the park and city skyline. Entry is officially free, but most visitors pay a donation.

Whilst you’re in the area wander through Central Park and explore one of the most filmed locations in the world.  There’s always something going on in the park to watch or take part, or just have fun imagining you live on the Upper East side and are hanging out in the city’s famous green space.

Try to get tickets to see the Knicks play basketball at Madison Square Garden.  ‘The Garden’ is the most famous events arena in the US for sports, politics and entertainment. Marilyn sang Happy Birthday to JFK here, Mohammed Ali fought here and everyone from The Stones to Springsteen, Aretha to The Spice Girls have played here.

The list of things to do in this great city is endless, but for now Vegas is calling so save some energy – and make sure you’ve got your party shoes with you!

It also offers plenty of spas to help you recover from the night before!  You can also catch up on some sleep lying by your hotel pool (remember your sun cream though) – and the pool-side people-watching is usually entertainment in itself! 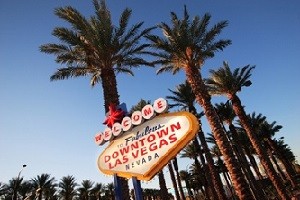 Las Vegas might have its tacky reputation but don’t be fooled into thinking it’s all like that.  Vegas is obviously gambling Mecca and every hotel on the Strip is built around its own casino but this is also where the world’s high-rollers and international celebrities spend their winnings and come to party so they are well catered for!   The town has some of the most extravagant shows and clubs on the planet along with excellent restaurants and incredible high-end shopping.  When planning your trip do get tickets for a show or concert, there’s always a world-class Musical, a legendary singer performing, and often a sports event on too.

Along with the glut of all-you-can-eat restaurants, you can enjoy authentic Italian pizzas, Thai and Chinese cuisine as well as seafood and sushi.  So many of the world’s top chefs have an outpost in Vegas that eating somewhere incredible is almost par for the course here.

The Las Vegas Strip is about four miles long and includes many of the largest hotels and casinos in the world.  By night it is transformed by its spectacular bright lights – this is the best time to walk around as during the day it is usually far too hot – you won’t need reminding that Vegas is in the middle of the Colorado Desert!

Even if you are staying in one, it’s definitely worth checking out some of the other world famous hotels along the Strip.  Caesar’s Palace has possibly the most magnificent shopping mall, The Venetian has gondolas that transport you along its network of canals, Paris of course has its own Eiffel Tower and The Bellagio has a stunning fountain display set to music – and the most opulent foyer that should not to be missed.

If you want to come home with something to show for your money then there’s plenty of retail outlets to help you part with your cash.  If you’ve just won big on the jackpot then head to the luxury shops of Crystals and Via Bellagio. If these are a little beyond your budget, check out the Fashion Show mall at the north end of the Strip as well as The Forum Shops at Caesars (get a taxi during the day – the hotels aren’t far from each other but walking in the heat is exhausting).  If bargains are more your thing, head to Las Vegas Premium Outlets, an outdoor plaza off the Strip in downtown Las Vegas.  There are more than 150 high-end shops with big discounts including 7 For All Mankind, Dolce & Gabbana, Kate Spade New York, Tory Burch, Salvatore Ferragamo, Burberry and Ted Baker. 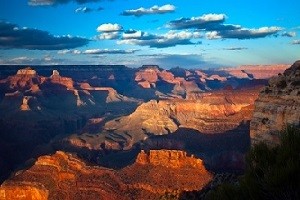 Whilst in Nevada you also need to see beyond the Vegas city limits, so take a helicopter tour out to the Grand Canyon.  Often considered one of the Seven Natural Wonders of the World, the scale and colours of the one mile deep gorge are breathtaking.  You’ll also fly over the Hoover Dam and, if you take an afternoon flight you might time it right to return to Vegas at dusk.  Seeing the lights of the Strip shimmering in the desert heat from above is worth the helicopter ride in itself!  Vegas needs to be seen to be believed – Have Fun!

America is one of the best places to do a Multi Centre holiday as there are so many places to visit! Check out our USA Multi Centre Holidays page for more ideas of what’s possible, or have your whole trip planned and bespoke with us. 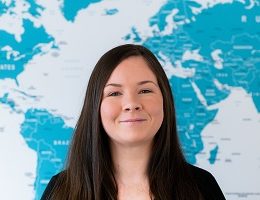 Kadie joined our team in August 2007, as the longest standing member of our team, Kadie has grown with the Business and the industry so she pretty much knows everything there is to know. If you have a question about eShores, Kadie’s the one to go to. Kadie loves to travel to places of culture and has been to most of them, so any country with a difference is where her knowledge shines. Kadie is a very valuable member of the team, she loves to chat and get to know new things and chocolate is her enemy! 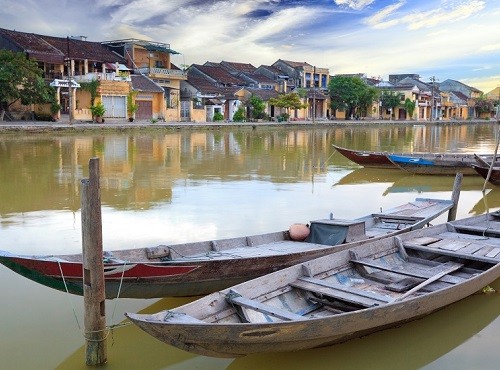 Booming cities in South-East Asia aren’t for the faint-hearted, but you get used to the mopeds pretty quickly. 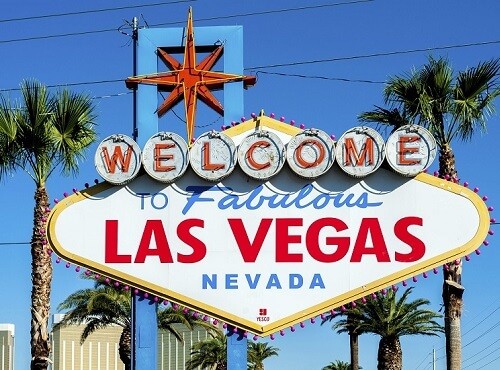 there are many ‘must-do’ iconic USA trips, but combining Las Vegas, San Francisco and Los Angeles is definitely up there 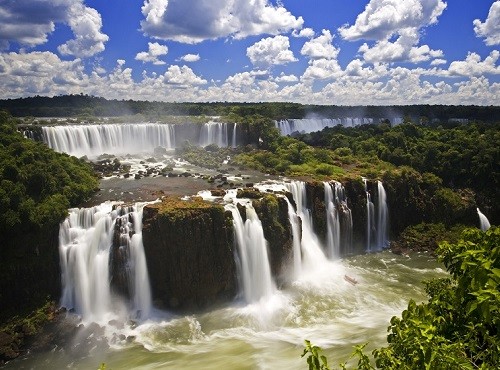